When F-104G D-8258 and TF-104G D-5803 were ferried to Ypenburg Air Base near The Hague on November 26, 1984, the Royal Netherlands Air Force (RNLAF) brought the Starfighter era to a close. Shutting down, the pair joined a line of withdrawn Starfighters awaiting their fate – the final chapter of the country’s relationship with the type had been written. Or so it seemed. That was until 2004 when the Historische Vliegtuigen Volkel (Historical Aircraft Volkel/HVV) at Volkel Air Base in the south of the Netherlands, asked the question ‘Would it be possible to return one of these fighters to the sky?’ In 2018, after several years of working behind the scenes, the Dutch Starfighter Foundation (DSF) was formed to help make it happen. 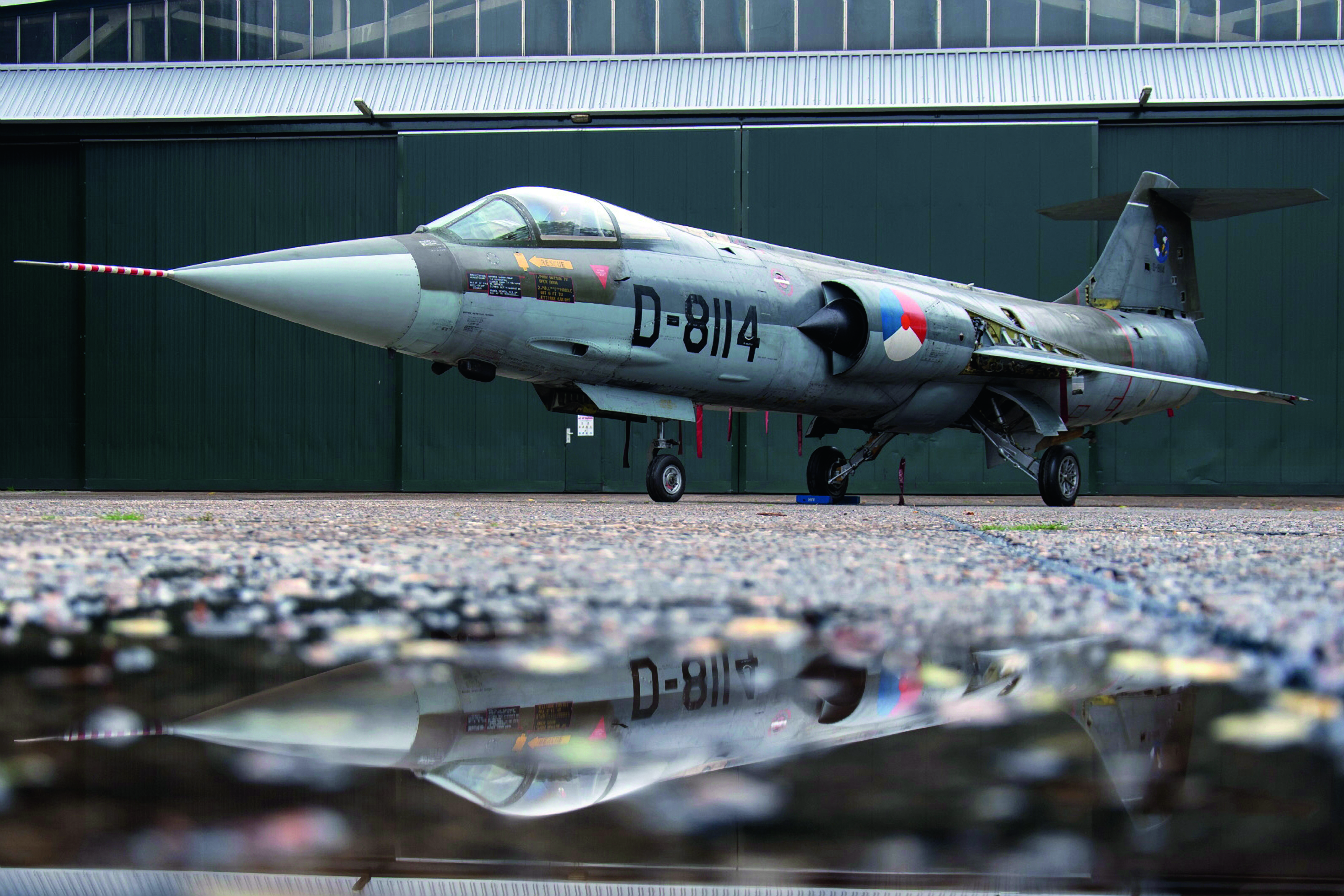 Lockheed F-104G Starfighter D-8114 in front of Volkel’s Hangar 1 - home of the HVV. The aircraft wears the markings of 312 Squadron.