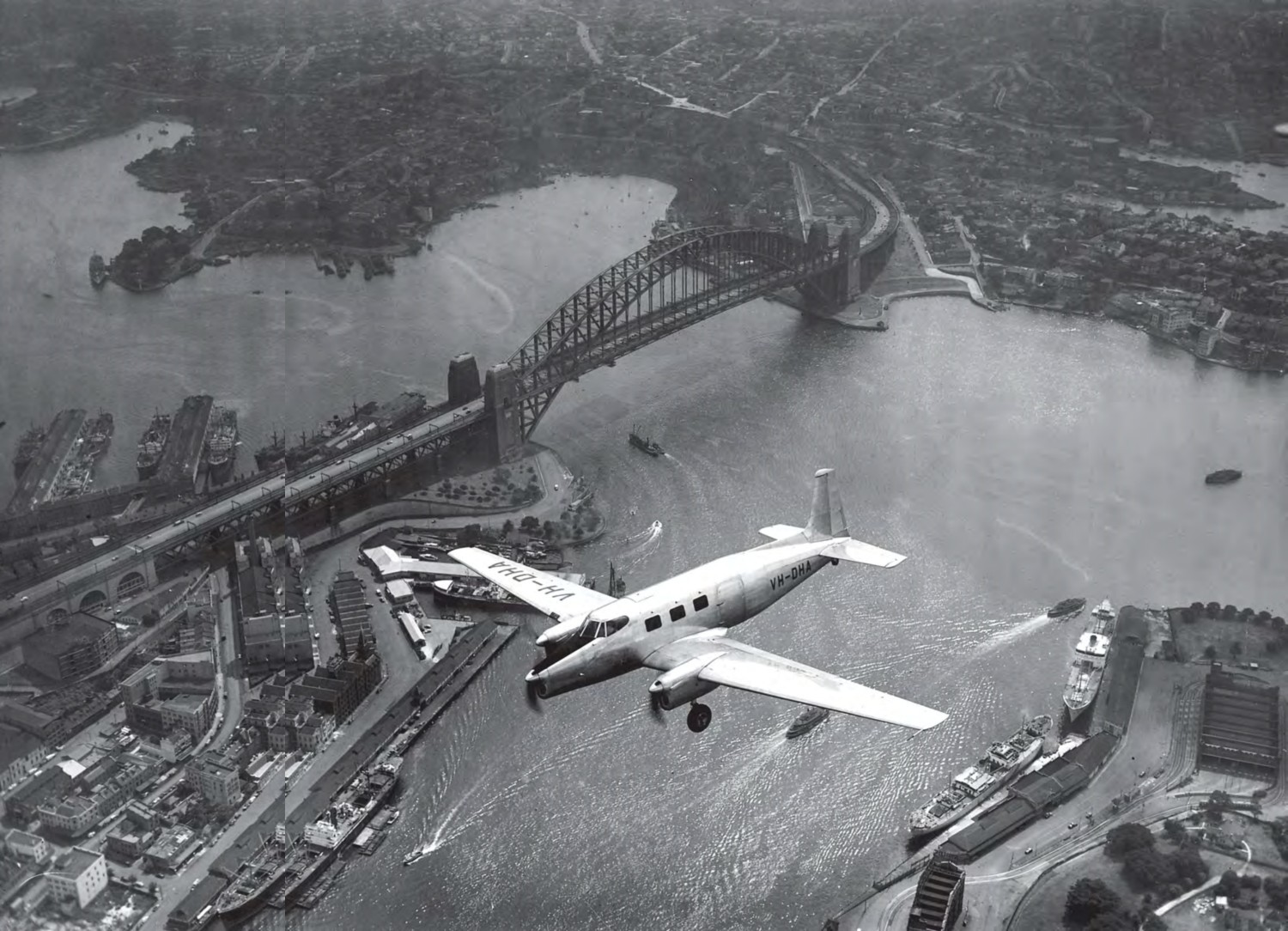 The first Drover on a flight from Banks town with the Sydney Harbour Bridge as a backdrop. It was photographed by The Aeroplane’s legendary photographer Charles Sims duringa March 1948 assignment to Australia.
AEROPLANE

Just after the end of World War Two, de Havilland Aircraft Pty at Bankstown, Sydney, decided it was time to replace that stalwart of the Australian skies, the 1930s’ DH84 Dragon, with something more modern. What was needed was a multi-engined, all-metal aircraft that could serve as a feederliner as well as meeting the needs of the allimportant Royal Flying Doctor Service (RFDS).