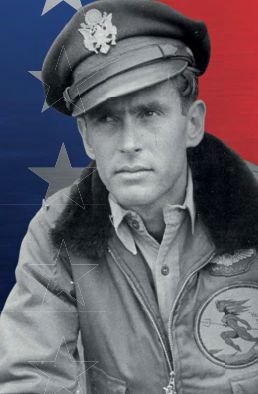 Two photos, nine years apart, convey the contrasts in the life of aviator Bill Barns. In a 1944 photo, he sits in his flight jacket, his face showing the stress of more than 200 missions in the year since his first assignment, escorting bombers over Sicily in July 1943.

But, even carrying the burden of being a 24-year-old fighter pilot in World War Two, he looks like a Hollywood star waiting by the edge of the set for shooting to start. The other photo captures him at a happier, less stressful moment, sitting in the open cockpit of a North American F-86D Sabre (sometimes called ‘Sabre Dog’), ready to attempt a new world speed record.