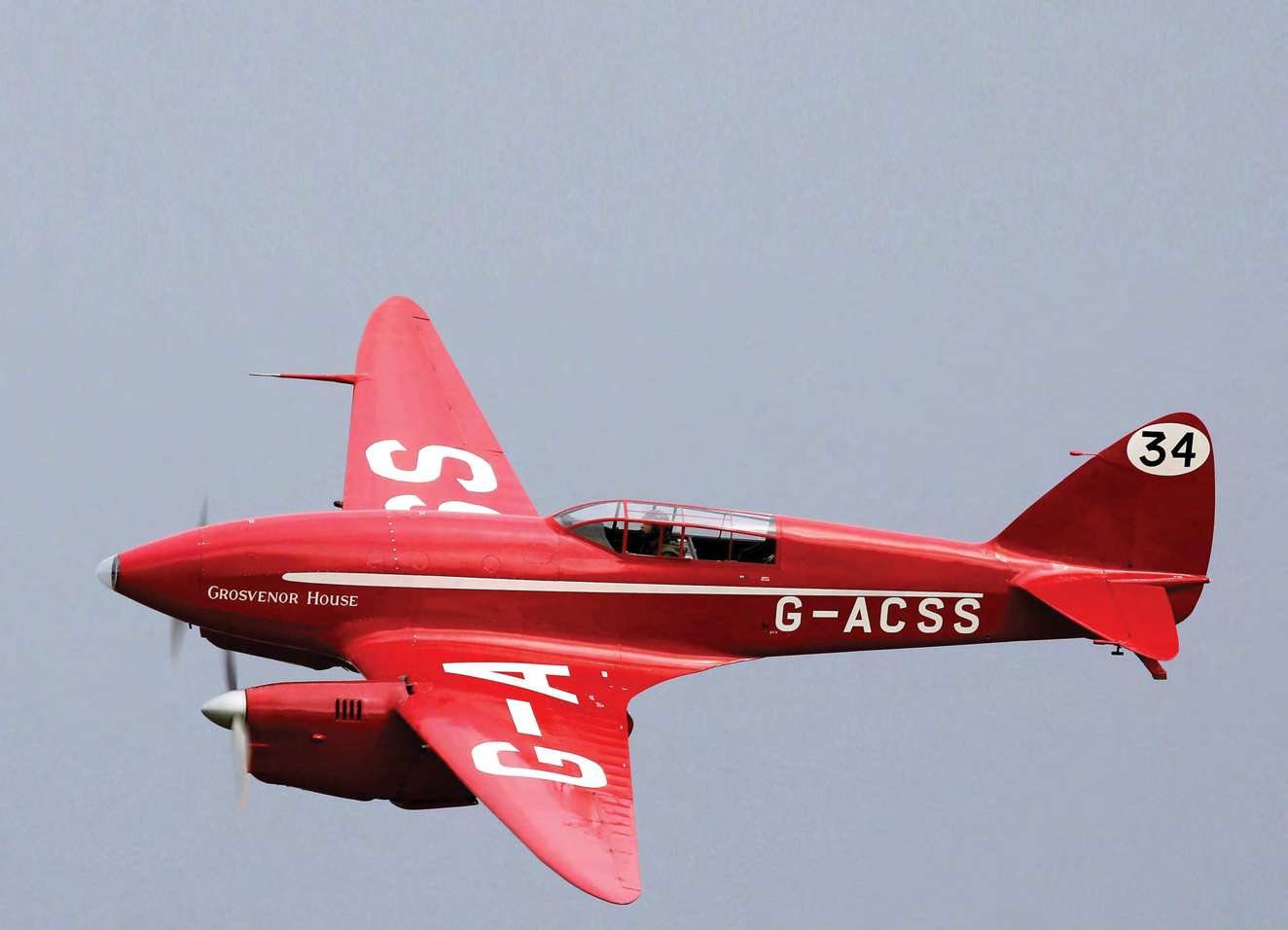 All eyes turned to the Old Warden through May as the Shuttleworth Collection hosted three major events in just 20 days – the delightful Season Premiere on the 2nd, the weather-affected Spies and Intrigue Evening Display on the 15th and the relaxed 75th Anniversary of the first flight of the de Havilland Chipmunk fly-in a week later. 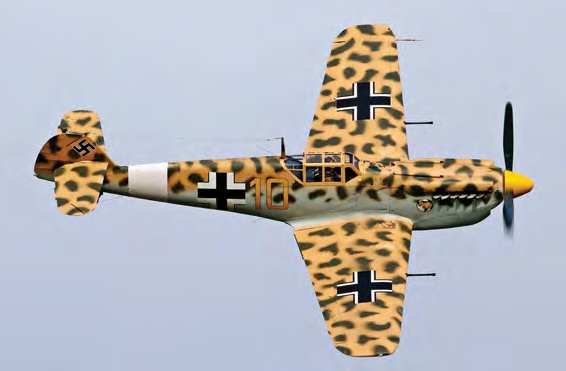 John Romain was on hand with an energetic aerobatic sequence in the Aircraft Restoration Company’s (ARCo) Hispano Aviación HA-1112 Buchón ‘Yellow 10’ on May 2 – showing off the aircraft’s temporary Jagdgeschwader 27 ‘Afrika’ colours to great effect (see ‘Preservation News’, June 2020 for more on this)
All images KEY-Jamie Ewan unless stated 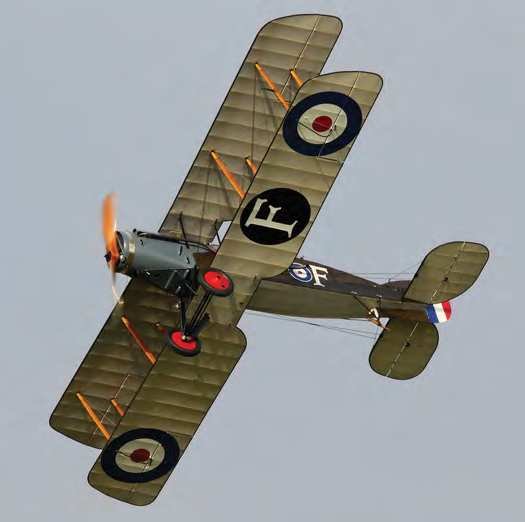 Returning to the Shuttleworth line-up on May 2 after major refurbishment, the Bristol F2b Fighter showed its 22 Squadron colours for the first time. The ‘Brisfit’ completed its post-rebuild flight on March 25 and represents B1162; based at Villeneuve-des-Vertus, France, March 1918 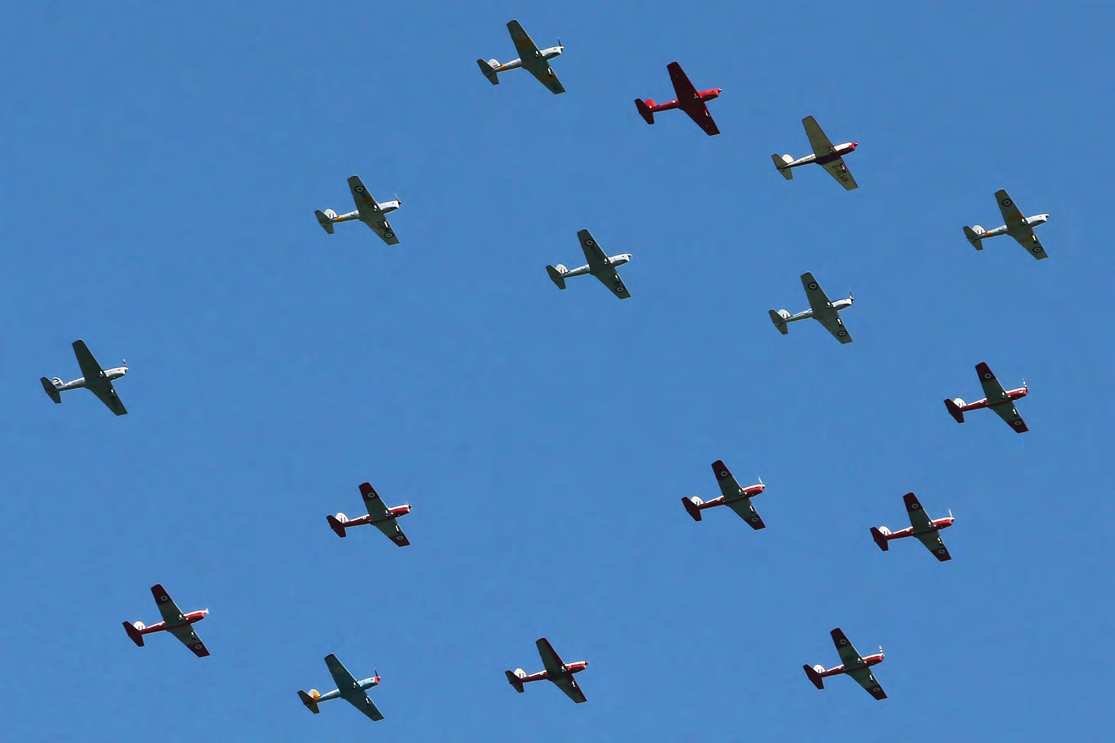 Platinum jubilee: With their Gipsy Major engines purring in harmony, Old Warden welcomed the incredible sight of 16 Chipmunks flying in a diamond formation on May 22 – 75 years to the day of the type’s first flight with noted de Havilland test pilot Pat Fillingham at the controls
Richard Vandervord

The Royal Chipmunk: De Havilland Chipmunk WP903 (G-BCGC), moments from touching down at its Old Warden home on May 22. This very machine, still resplendent in its distinctive Royal Flight colours, was used by HRH Prince Charles for flying training at nearby RAF Bassingbourn, cumulating in his first solo on January 14, 1969. Note the red warning lamp – nicknamed the ‘Parrot’ – on top of the cockpit, a modification fitted during its Royal service

For many, Old Warden’s assortment of Edwardian flying machines are the stars of the collection. Under the near cover of darkness, chief engineer Jean Munn putters into the sky in the Avro Triplane IV reproduction. He was joined in the air by Stu Goldspink in the equally mesmerising facsimile Bristol Boxkite

De Havilland DHC-1 Chipmunk G-AKDN was one of 34 examples to descend on Old Warden on May 22. The oldest production DHC-1 airframe in the UK with construction number 11, G-AKDN is currently based at Teeside International Airport in the north of England

Making a rare appearance together away from RAF Coningsby, Lincolnshire, the Battle of Britain Memorial Flight sent both Chipmunks (WK518, closest, and WG486) to Old Warden, May 22
Richard Vandervord 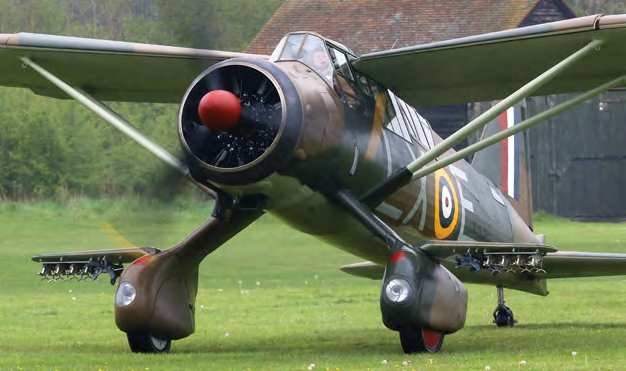 Arriving at Old Warden from its base at Duxford before the show, ARCo’s Westland Lysander Mk.IIIa (V9312/G-CCOM) was joined by the collection’s own all-black example for a single flypast before a rainstorm forced them to abandon their display on May 15 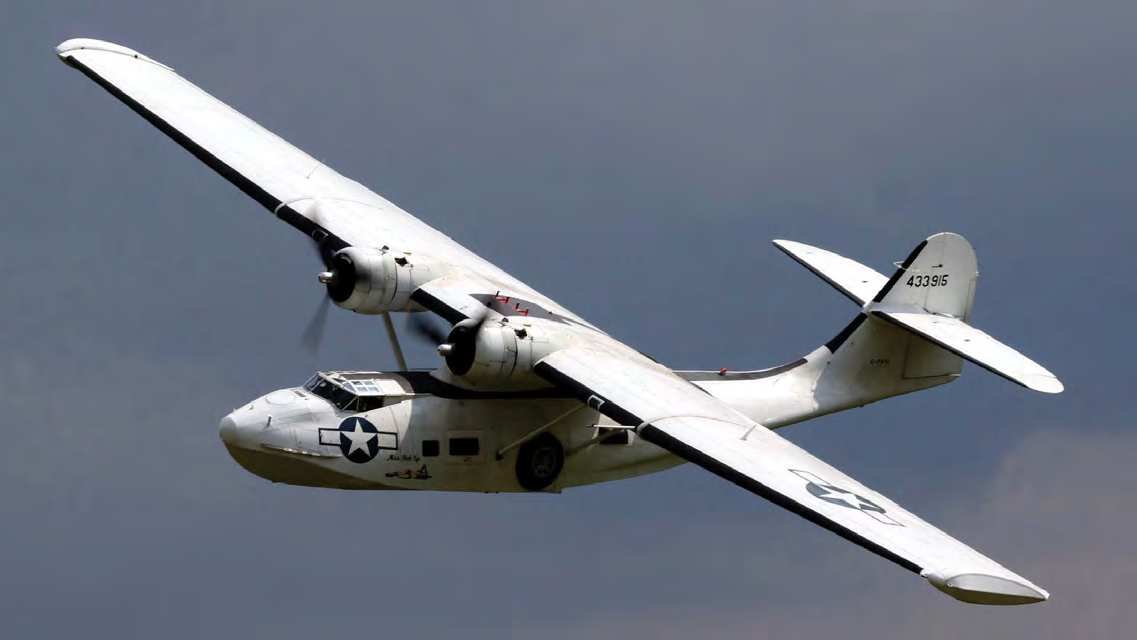