The British Overseas Territory of Gibraltar has been in dispute for centuries due to its strategic position guarding the entrance of the Mediterranean. 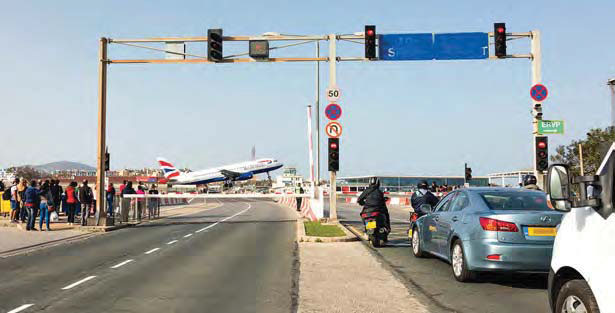 A British Airways Airbus A320 crosses Winston Churchill Avenue for its departure back to London/Heathrow.
AVSTOCK/GABRIELA MELLO

It fell under control of the British Empire following the defeat of Spain and the signing of the Treaty of Utrecht in 1713. Since then, Spain has never officially recognised British rule and has made several attempts to regain control of the area. Three wars, 14 sieges, countless negotiations and two referendums later, Gibraltar remains firmly with the UK.