Nigel Pittaway was at Australia’s International Airshow at Avalon in early March where Lightning struck not once, but twice, with the arrival of the first two Royal Australian Air Force F-35A Lightning II Joint Strike Fighters

The two aircraft (A35-001/ AU-01 and A35-002/ AU-02) flew in from RAAF Amberley in Queensland to take part primarily in the static display, but both aircraft put on a spirited, if somewhat limited, display on their arrival, and one aircraft performed a further restricted flying display on one of the public days.

Flown by Squadron Leaders Andrew Jackson and David Bell, the first two Australian pilots trained on the F-35A, the two jets gave the public their first glimpse of the RAAF’s New Air Combat Capability (NACC) being acquired under Project Air 6000.

Although the two aircraft returned to the United States shortly after Avalon to resume their duties with the US Air Force’s 61st Fighter Squadron at Luke Air Force Base in Arizona, where they are part of the international F-35 training pool, they represent the first of at least 72 F-35As being acquired by the RAAF.

The presence of the first aircraft at the show also provided an opportunity to discuss both the international F-35 programme and Australia’s Project Air 6000 with senior members of the RAAF and US Air Force and to learn more about the operational capabilities of the aircraft.

Programme Executive Officer for the F-35 Joint Programme Office, Lieutenant General Chris Bogdan US Air Force, was also present at Avalon and provided a typically frank, yet balanced overview of the international programme as it stands today.

Bogdan said that 2016 was a good year for the F-35 programme and several milestones were achieved, including successful transatlantic deployments to the Netherlands and the United Kingdom, the first aircraft based outside the United States, in Israel and Italy, the declaration of US Air Force F-35 initial operational capability (IOC) and the successful completion of sea trials for both the F-35B and F-35C variants.

He said: “The programme today is a very, very different programme to what it was four years ago. It is on a much better trajectory than it was four-plus years ago, it is a growing programme, it is accelerating and, in a lot of good ways, it’s changing.”

On the subject of cost, Bogdan said he welcomed the Trump administration’s inquiries into why the programme costs as much as it does today, and that he saw the possibility of shaving $5 million off each F-35A by 2020. 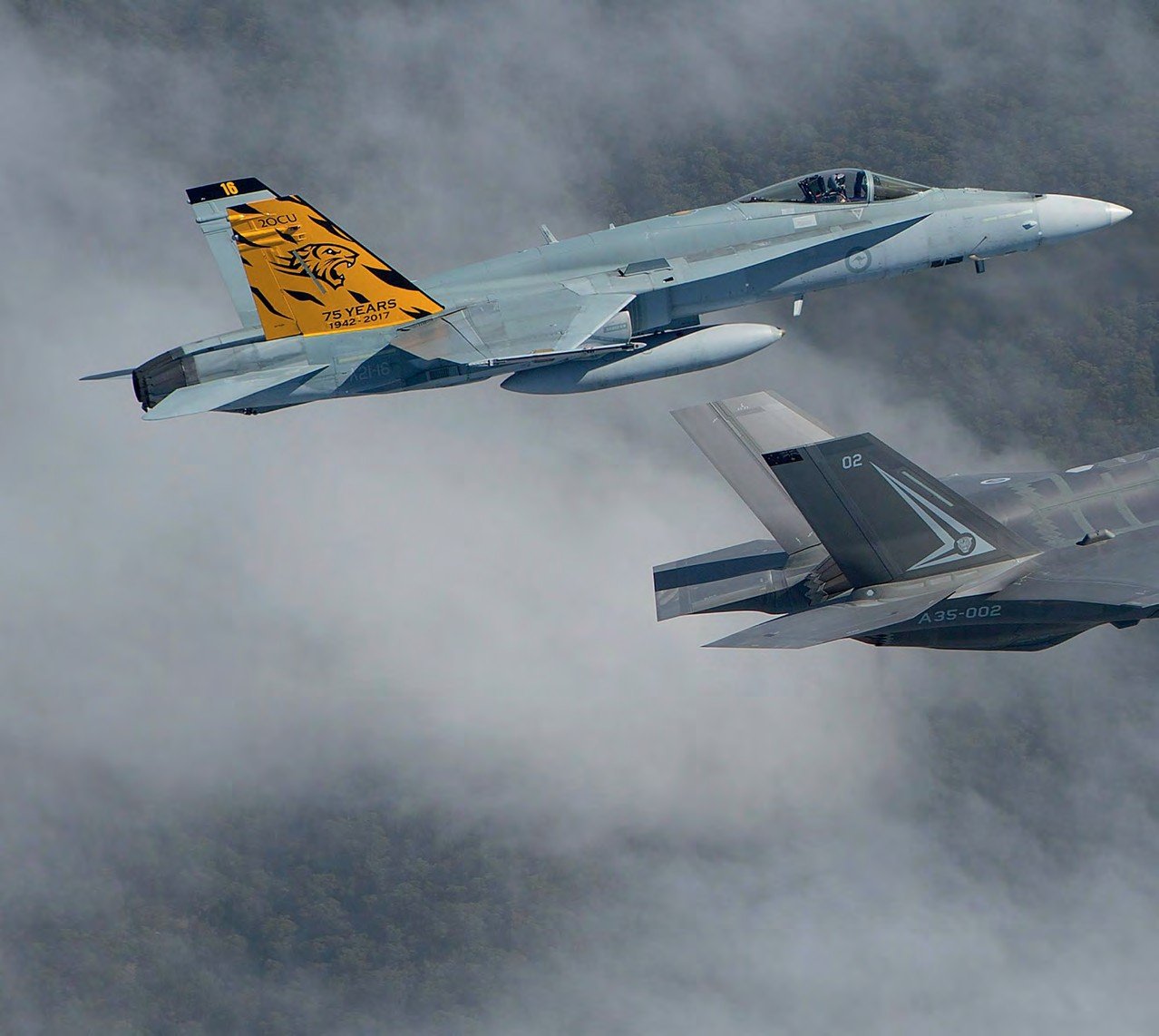 “Our promise to the enterprise has always been that an [F-35A] airplane we buy in 2019 is going to cost less than $85 million,” he said. “I’m here to tell you today, that’s not enough. We need the airplane to be lower than $85 million by 2020 and I think we can get there. We ought to be looking at about an $80 million airplane by that timeframe, and continuing to reduce the price [production] lot over lot.”

Both US Marine Corps and US Air Force F-35s have participated in Exercise Red Flag in the past year and Lieutenant General Bodgan used the results of these initial tests under combat conditions to answer critics who continue to insist that the F-35 is not a viable combat jet.

Bogdan said that Marine Fighter Attack Squadron 121 (VMFA-121) deployed six aircraft to Red Flag in March last year and successfully completed 67 out of 70 planned sorties, losing just three to what he described as: “minor maintenance issues … Right there to get 67 out of 70 sorties in a very combat-intensive environment is pretty good. They were over 90% effective when it came to all the missions, both air-to-air and air-to-ground.”

The US Air Force deployed a larger contingent of F-35As from the 388th and 419th Fighter Wings to the exercise in January and successfully flew 207 out of 226 planned sorties, losing 19 to weather conditions, with a mission capable rate of 93%.

He said: “Those are phenomenal numbers, and in the air-to-air round, when the F-35 went up against legacy airplanes it enjoyed a kill ratio of at least 20:1 – and these are some of our best legacy fighters and the aggressors are the best pilots that we have – and the F-35 is at its interim capability right now.

“When it came to air-to-ground, the US Air Force hit 49 of 51 SAM sites they were trying to kill and the only two they missed was because the weapons that came off the aircraft malfunctioned. They had a 92% hit rate against other targets they were flying against; but the most important thing that doesn’t show up in the statistics was what the F-35 can do for all the other airplanes in the battlespace – it makes them smarter, it makes them more lethal and it makes them more survivable.

“I would turn to those who say the F-35 is a dog when it comes to dogfighting and I would say, I simply don’t agree with you.”

Air Vice Marshal Leigh Gordon, head of Australia’s F-35 Division, was also at Avalon to watch the two jets arrive and he provided an update to the RAAF timetable for introduction to service. He said: “Australia is on schedule to deliver the IOC on F-35, to budget, by December 2020. Since Government approved the balance of the 72 aircraft in April 2014, there has not been a delay or an increase in cost – a real cost variation – for this programme in Australia, despite what people might say.

“We continue to forecast that we will achieve the schedule and within the budget, but of course there are risks with the programme – and it’s more than just the set of aircraft that we’re talking about here, it’s quite a complex activity that we’re undertaking.”

There are four Australian pilots now trained on the F-35A and a fifth will begin his conversion course in the United States later in 2017. In addition, the first cadre of maintenance personnel are currently in the final stages of training at Eglin Air Force Base, Florida, and will shortly move to Luke for hands-on training with the real aircraft.

AVM Gordon said the F-35 is the right aircraft for Australia: “It’s combination of stealth, designed in from day one, it’s sensors, the radar and the distributed aperture system, the fusion of the data together to enable the pilot to make better decisions and the ability of the aircraft to share data with another aircraft are significant capabilities that really make it the only fifth-generation aircraft [and] the only aircraft available that will be able to meet the capability needs that we have in Australia.

“The second point I’d like to make is that Australian industry has benefited from the F-35. Industry has been involved from back in 2002 when we first entered into the MoU, and some AUD800 million-worth of contracts have been won by Australian industry in production with only 200 aircraft bought so far, so clearly that is an opportunity to grow in the production space as we aim towards 3,100 aircraft globally.”

Air Vice Marshal Gordon sees the majority of risks to the F-35 in Australia as being in the areas of training and logistics, with the ongoing development of the Autonomic Logistics Information System (ALIS) as a key element.

The RAAF has commissioned an Off-board Information Support System at RAAF Base Williamtown, the main operating base for the aircraft once it enters service in Australia, to enable integration of ALIS with the local IT networks to be tested in advance of the first aircraft arriving in December 2018.

AVM Gordon added: “It will also allow us to train people in ALIS operations and allow us to test future loads as it goes through that activity, so we’re trying to mitigate the risk. Training is the next area of focus we have to think about, and we’ll shortly start the solicitation process to have our Australian training partner in place. That will let us deliver a training outcome that we’ll need for the next 35 years, training the pilots and the technical airmen and women to support this capability in service.

“There is certainly risk in the programme and we’re managing that risk and fronting the issues head-on, but certainly at this stage I’m quite con dent to predict that we’ll achieve IOC in December 2020.”

Fighting the F-35: An Operational Perspective

In the weeks leading up to the Avalon air show, AIR International spoke with the Director of the RAAF’s Air Combat Transition Office, Group Captain Glen Beck, to find out what feedback has been received so far from the Australian pilots fifling the F-35 at Luke.

Starting our conversation Gp Capt Beck said: “If it was a terrible aircraft I’m sure everyone would have heard from a bunch of Australian ghter pilots, that perhaps we weren’t happy with it; but we are happy with what we’re seeing at the moment. It’s certainly got a lot of potential and even though it doesn’t yet have its final software load, it’s an amazing aircraft.”

Gp Capt Beck, himself a former F/A- 18 Hornet pilot, said the feedback so far, including that of at least one RAAF Fighter Combat Instructor, is that the F-35A is comparable to the classic Hornet in an air combat manoeuvring engagement.

Expanding on the comparison, he said: “It’s very similar to a Hornet and the F/A-18 is probably the best of all the fourth-generation fighters when it comes to dogfighting. The F-35 has a very good high angle-of-attack capability. Like the Hornet, it allows you to pull and sustain more G in turns and its overall manoeuvrability is very similar to a Hornet.

“But you need to put some context around that. You have to ask if we are still in World War One, and therefore need to get into a visual engagement starting with a turning fight. Well, it’s not like that anymore and hasn’t been for some time, so the chances of ending up there aren’t as great. That’s where the F-35 really comes into its own, because it has the five [characteristics] that make a fifth-generation capability.”

He said: “In the old days it used to be platform against platform, a Mirage against a MiG-21 or a Hornet against a MiG-29, but that’s not how it works anymore. When you’re operating this aircraft it’s part of a broader network; you’re a node in a system and you are operating in a system of systems. The F-35 has the ability to collect and transmit an unbelievable amount of data, compared to legacy aircraft.

“If I’m flying a Hornet, I have to find my target myself and I have to track my target myself, I have to lock on to my own target and I have to shoot at it and guide on to it - or I have to find my target on the ground, then find it on my FLIR [targeting sensor] and release a weapon. Any F-35 can find a target and any other F-35 can use that information to engage it. The aircraft just gives you a lot more fiexibility in how you employ weapons. It means the person closest to the bad guys doesn’t necessarily have to give themselves away, because someone further away [in another F-35] can provide them with all the information they need. Things like that are huge game-changers, and that’s why legacy aircraft just can’t compete.” 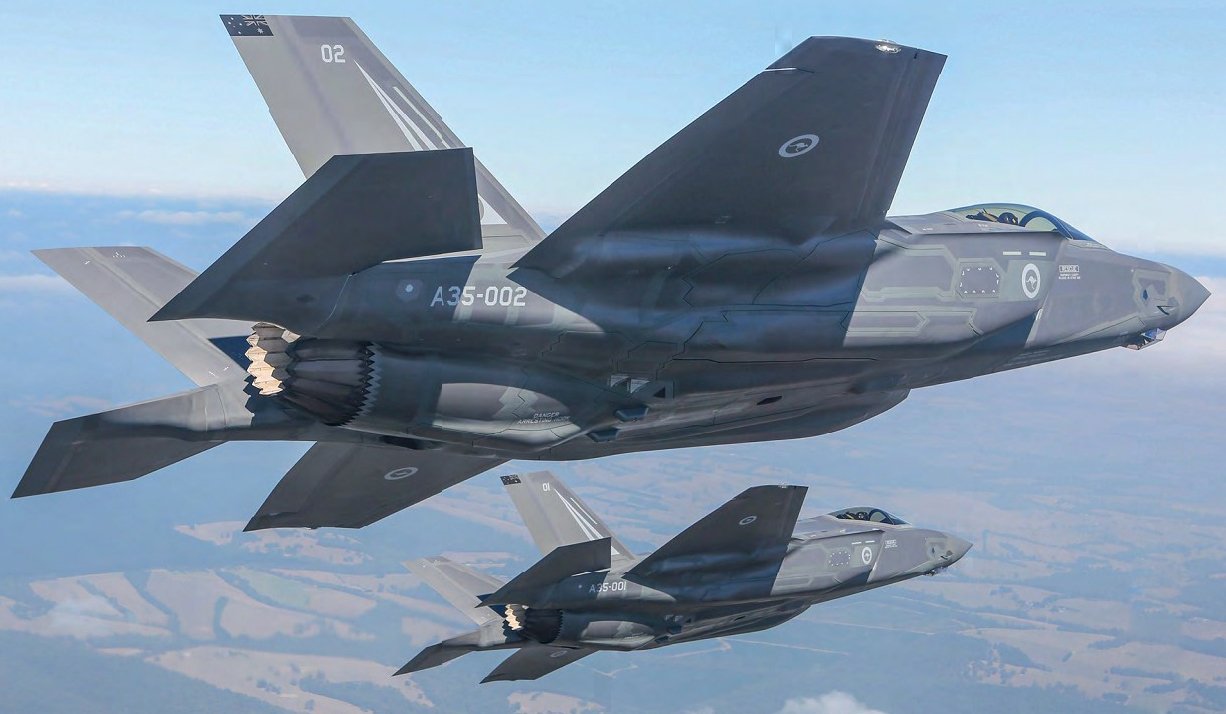