Labelling the ‘greatest’ wartime bomber is subjective and complex, but here are five aircraft that could be placed in strong contention…

This twin-engined medium bomber has the distinction of serving in every theatre of World War Two, from the deserts of North Africa to the skies of the South Pacific. The B-25 became an overnight US national hero thanks to its participation in the Doolittle raid over Japan. In response to the attack on Pearl Harbour in 1942, the US launched 16 Mitchells from the aircraft carrier USS Hornet on a daring mission to Tokyo.

B-25s proved to be very versatile and numerous variants saw service during the war. As well as traditional bombers, some aircraft were converted to carry 50 calibre machine guns and cannon in the nose, while others were fitted with cameras for aerial reconnaissance missions.

Over 9,800 B-25s were built for the air arms of nine nations; 900 were delivered to the UK alone. Mitchells proved both rugged and reliable, with many aircraft enjoying long careers after the end of the war. Today, as many as 40 B-25s are still in airworthy condition around the world. 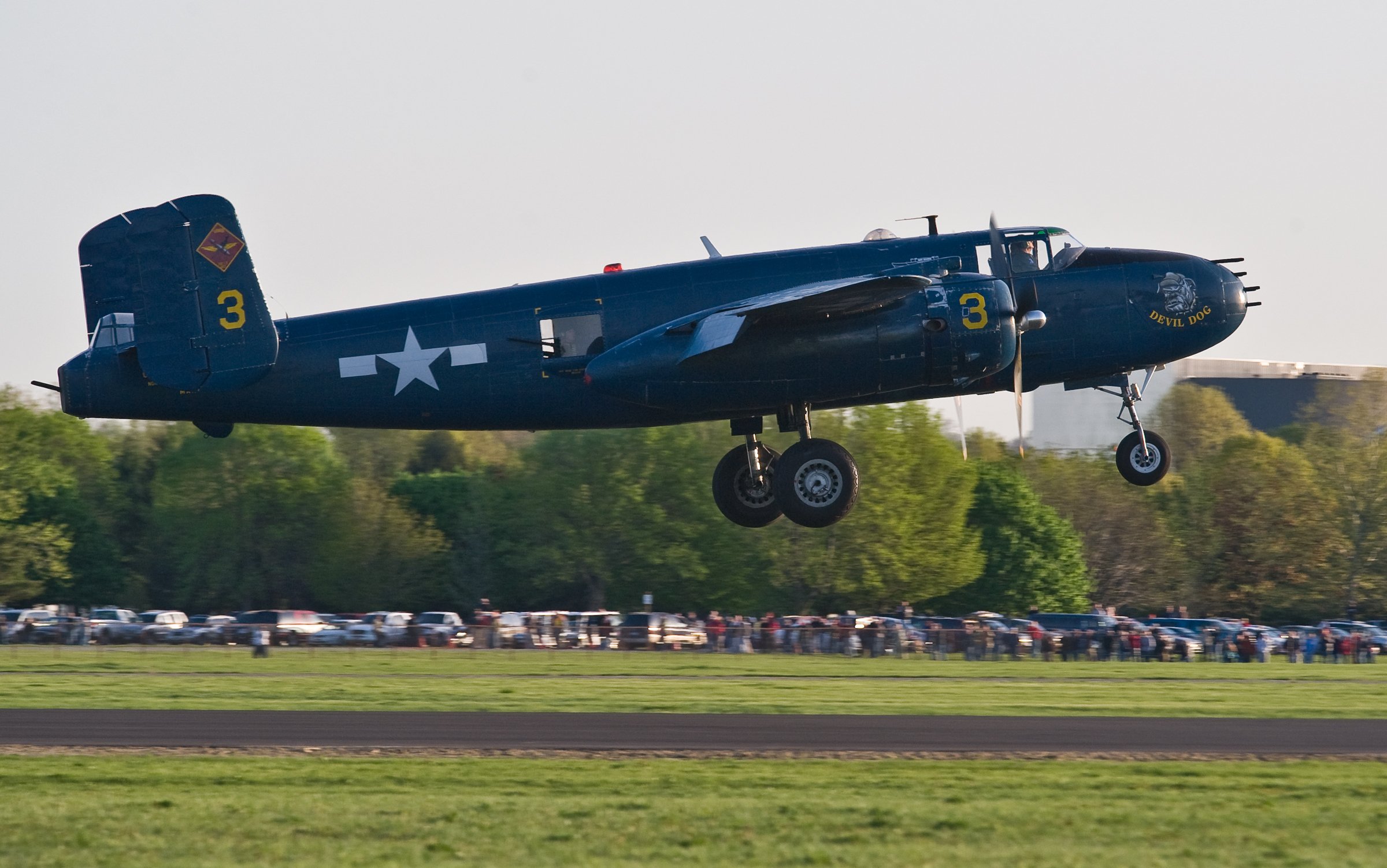 One of two major heavy bombers used by the United States during the conflict, the B-24 is quite simply the world’s most produced bomber. Over 18,000 aircraft were built between 1940 and 1945 – almost 6,000 more than its B-17 compatriot. The B-24 was able to carry a bomb load of 5,000lbs over roughly 1,700 miles at 290mph, which is more than the B-17, and further and faster too. This increase in performance was partly thanks to the distinctive long, thin wing fitted to the aircraft. Although the wing brought advantages in terms of performance, it was prone to icing on high altitude missions.

The Liberator was well armed, with turrets mounted in the nose, tail and belly, plus weapons in the waist for an almost 360-degree bubble of protection. As well as heavy bombing, the aircraft found a niche role in long-range coastal patrol missions. Liberators were the first aircraft to make regular crossings of the Atlantic and provided crucial convoy protection against u-boats as ships passed through the GIUK (Greenland, Iceland and UK) Gap. 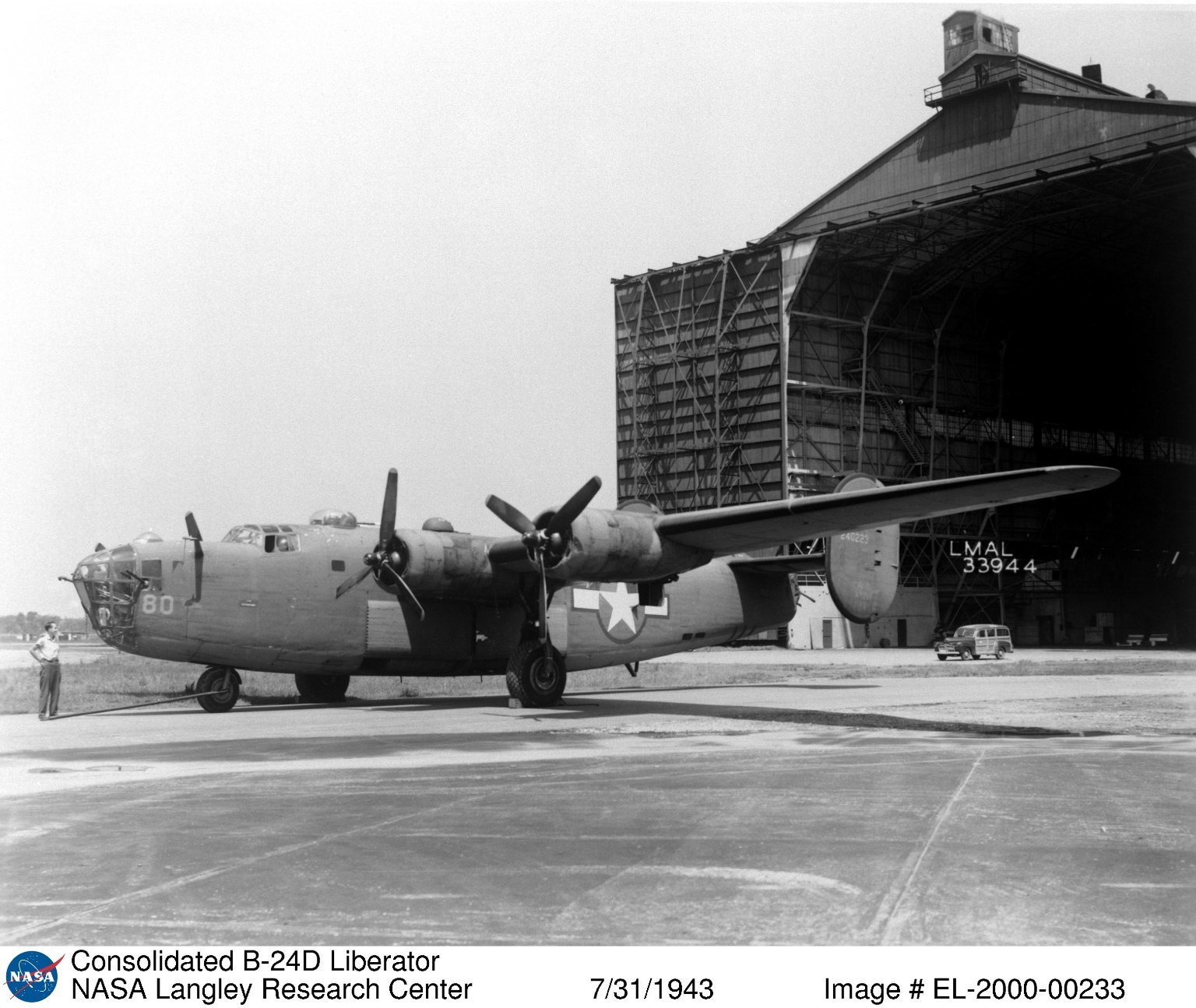 Perhaps the most famous US aircraft of World War Two, the B-17 earned its stripes flying daylight bombing missions over Europe with the US Eighth Air Force. The aircraft earned its ‘Flying Fortress’ nickname thanks to the Seattle Times journalist Richard Williams, who remarked on the large number of machine guns fitted to the prototype aircraft. The B-17G, thought of as the pinnacle of the aircraft’s design, carried 13 .50 calibre machine guns – including four in the nose alone! The B-17 typically carried a crew of 10 including pilots, gunners, bombardier, navigator and radio operator.

Allied fighter and bomber pilots routinely decorated the front of their aircraft with painted illustrations or cartoons, known as ‘nose-art’. These decorations were often used as nicknames for the aircraft, one the most famous being the ‘Memphis Belle’. The crew of this aircraft were the first US airmen to complete 30 missions over enemy territory, earning them the right to return home. 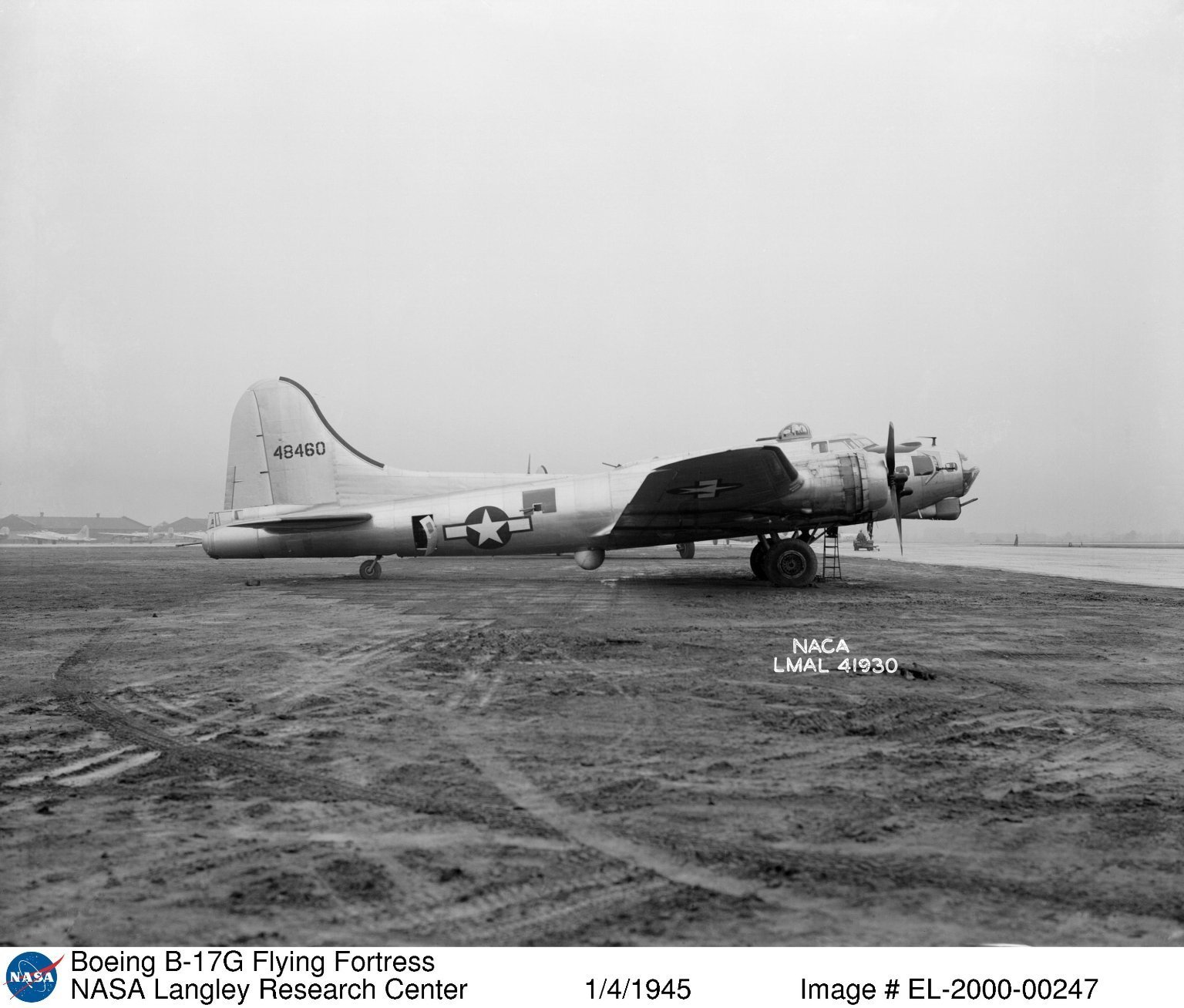 The first British made aircraft on our list, the Halifax was a key part of the Royal Air Force’s Bomber Command. Halifax flew over 82,000 sorties during the conflict, dropping in excess of 220,000 tonnes of bombs.

Friday the 13th is a date stooped in superstition, so perhaps an odd name for an aircraft… but not for Halifax LV907. A string of losses, all aircraft with the official name ‘F for Freddie’, was inciting fear and dread in the crews of 158 Squadron. In an attempt to break to perceived bad luck associated with the name, LV907 was renamed ‘Friday the 13th’. The aircraft was also decorated with an inverted horse shoe and grim reaper emblem. It worked. Friday the 13th went on to fly what is believed to be the highest number of operational sorties of any British or US bomber – an incredible 128.

Of the 6,000 Halifax built during the war, only three aircraft survive today, though none are airworthy. The most authentic example is located in Ontario, Canada and is the result of a painstaking restoration of an aircraft recovered from a Norwegian lake. The other two reside in the UK: a composite airframe based at Elvington, Yorkshire, and an unrestored aircraft in the RAF Museum, London.

No list of World War Two bombers would be complete without the incredible Lancaster, and the four-engined heavy bomber is maybe second only to the Spitfire in British aviation legend. Developed from the problematic two-engined Manchester, the Rolls Royce Merlin-powered Lancaster was an instant success.

The Lancaster carried the heaviest bomb load of any Allied bomber, including the 12,000 lbs ‘Tall Boy’ and 22,000 lbs ‘Grand Slam’ earthquake bombs. Lancasters used the Tall Boy to deliver two direct hits on the German Tirpitz battleship, causing it to capsize and sink.

It was in May 1943 that the Lancaster would secure its place in history, when 19 aircraft left RAF Scampton to attack strategic targets in the Ruhr valley. The aircraft flew at just 50ft across occupied Europe to deliver a three-tonne ‘bouncing bomb’ against three German dams. The squadron which launched the mission would soon be known as ‘The Dambusters’.

Today two airworthy Lancasters remain: one is in Canada while the other still flies with the Royal Air Force as a member of the Battle of Britain Memorial Flight. Both make regular airshow appearances and in 2014 the Canadian aircraft made the long journey to the UK. For the first time in over 50 years, two Lancasters flew together in English skies.