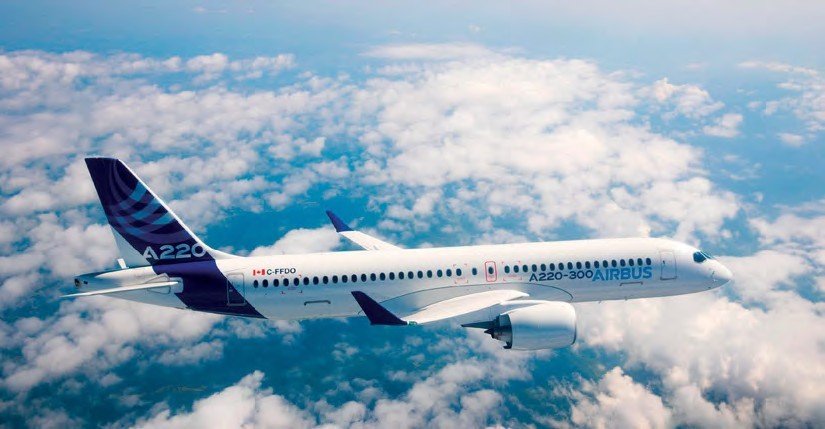 The A220 family has been given higher maximum take-offweight and extra range.
S Ramadier/Airbus

The improved payload/range performance will be offered on A220s delivered from the second half of 2020. Rob Dewar, Head of Engineering & Customer Support for the A220, said: “Since its entry into service close to three years ago, the A220 aircraft has already proven that it is meeting or beating its initial performance targets, bringing more flexibility and revenue potential to customers. Airbus is reinforcing its confidence in the A220 platform and further enhancing its capabilities to meet upcoming market requirements.”

Airbus Head of Product Marketing Single-Aisles Amaya Rodriguez Gonzalez told AIR International the payload/range improvements have been achieved by taking advantage of an inherent extra margin in the aircraft’s design identified when analysing certification and operational data. Rodriguez Gonzalez said: “We don’t need to do any physical change to the aircraft, it’s all software and done mainly through electronic paperwork.” Read more about the Airbus A220 in our feature in this issue (see p50).