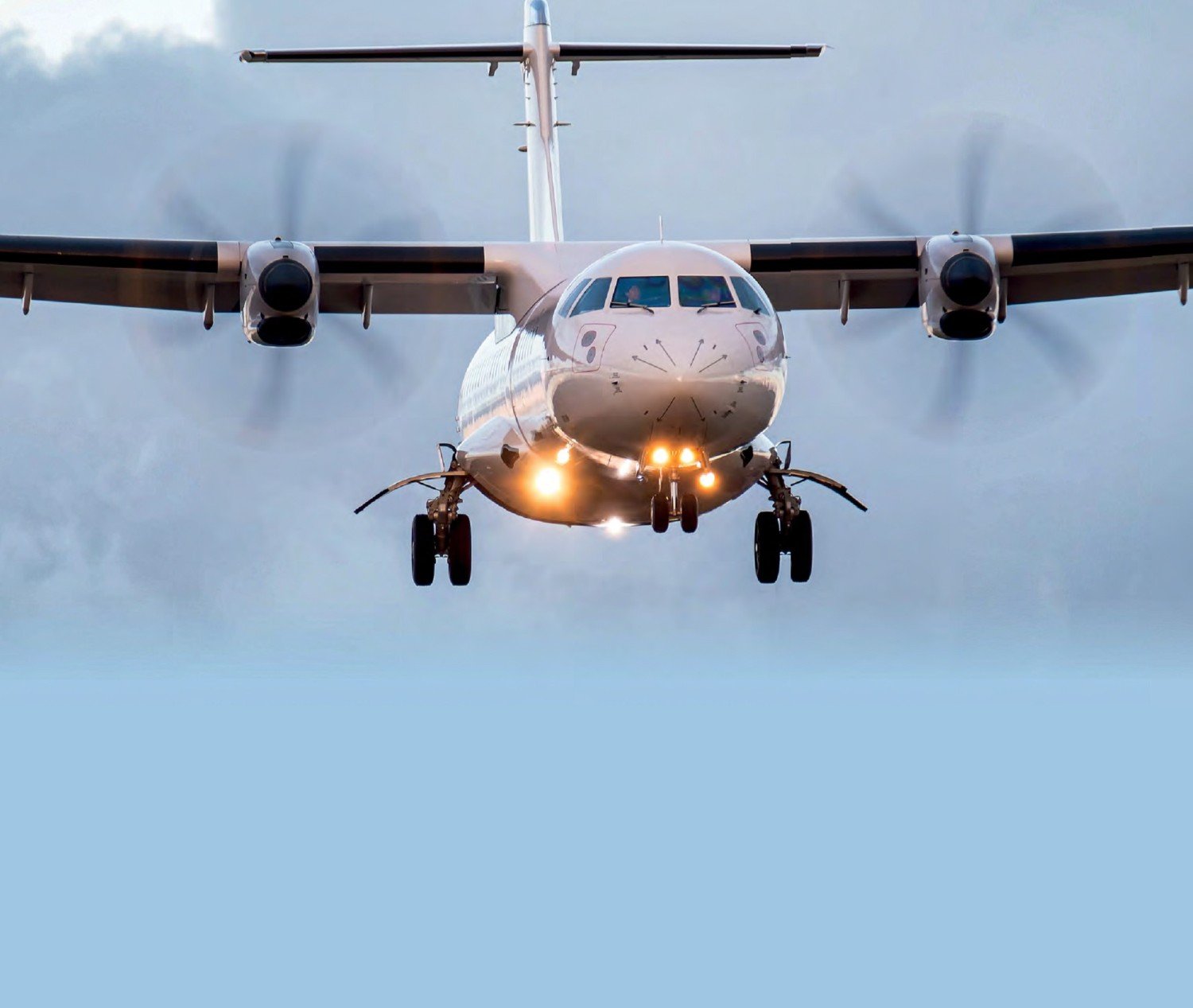 According to ATR, more than one third of the world’s commercial airports rely exclusively on turboprops.
Jose Bejarano/AirTeamImages

TURBOPROPS GENERALLY don’t attract the attention other commercial aircraft do, probably because they simply just don’t look as rakish and exciting as jets.

Nevertheless, turboprops provide essential connectivity for remote regions and communities. According to ATR, more than one third of the world’s commercial airports rely exclusively on turboprops.

For years, the turboprop airliner market has been split between ATR and Bombardier, players such as Saab and BAE Systems having left the market long ago and new products in Russia (the Il-114) and China (MA600) sit firmly on the margins in terms of demand.

The make-up of the market changed in early June 2019 when Bombardier completed the sale of its Dash 8 programme to Longview Aviation Capital Corporation as part of wider restructuring.

The deal involves the parent company of Viking Aircraft acquiring all assets, intellectual property and type certificates associated with the current-production Dash 8 Q400 and worldwide product support for the legacy Dash DHC-8-100, DHC- 8-200 and DHC-8-300.

Longview has launched De Havilland Aircraft of Canada Limited as a new, standalone subsidiary company that will operate the worldwide Dash 8 aircraft business (The type joins other ex-Bombardier programmes, including the Twin Otter utility aircraft and the CL-215, CL-215T and CL-415 firefighters, in Longview’s ownership.)

Might the ownership change revitalise the Q400, which has lagged in sales to ATR’s rival product, the ATR 72-600 and its smaller ATR 42-600 stablemate? Or might ATR have the market for new turboprop airliners largely to itself, with Longview focusing on support for the in-service fleet?

Richard Aboulafia, Vice-President Analysis at the Teal Group, told AIR International: “We don’t know [Longview’s] intentions. If they doing this to build a broader support business base, and don’t really want to invest in the product, or indeed if they just want to shut it down as a new-build programme, then ATR has achieved sector dominance, and will keep it for many years.”

However, he added: “If [Longview] wants to promote new Dash 8 variants and plans to give the programme the attention and resources that Bombardier couldn’t provide, then ATR is now in a much harder place. We should know in the coming year or two.”

Over at ATR, the focus is on improving the existing products. Zuzana Hrnkova, Vice-President Marketing at ATR, told AIR International the company’s policy is, “optimising the current ATR family” and “carefully examining every opportunity to make improvements”.

ATR also has an ongoing research programme with Air New Zealand in which the manufacturer is, Hrnkova said, “investigating a wide range of possible paths in the area of hybrid technologies”.

A few years ago, there was some debate about whether a turboprop manufacturer might develop a 100-seat turboprop. A clean-sheet product seems remote. While ATR is “not ruling anything out”, Hrnkova said: “Before even considering or studying a 90-seat turboprop, the aim should be to deliver more coste ffcient solutions to operators”, which is where the incremental improvements come in.

The issue of ownership influences product developments at ATR. Airbus and Leonardo are 50:50 owners of the company and Aboulafia said: “The ATR is a great programme, but for years its future options have been hampered by ownership factors. Leonardo wants a new version; Airbus wants nothing to do with it.

“This is all quite diffcult, so the default option of staying with modest upgrades is likeliest. The other big variable is General Electric or someone offering a new turboprop [engine], which would certainly make a new variant easier and more appealing.”

The turboprop market is very cyclical. For a time at the end of the 1990s and early 2000s, it seemed turboprops were a thing of the past amid growing demand for 50-seat and then 70-seat regional jets like the Bombardier CRJ and Embraer E-Jet. Rising fuel prices then made turboprop economics more attractive and sales climbed again, but the lower fuel prices since 2014- 2015 (and the need for to customers to absorb the ordered capacity) means sales have plateaued.

Hrnkova observed: “The market for regional aircraft is rarely without its challenges, [but] this creates opportunities for innovation. When prices rise airlines need the most effcient aircraft. Many regional operators cannot remain profitable with jets, especially on thin routes. Turboprops allow airlines to maintain service and remain profitable.”