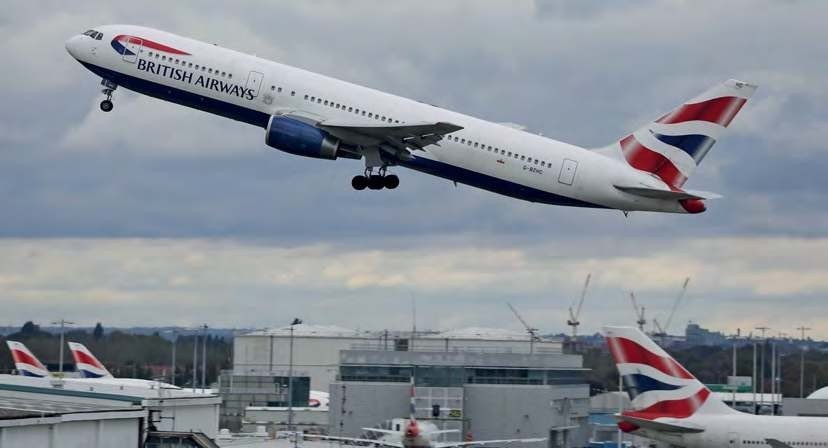 British Airways has phased out its inal Boeing 767s. One of the last to leave service was G-BZHC (c/n 29232), captured here on departure from London Heathrow earlier in 2018.
Ian Harding

British Airways has phased out the Boeing 767 after nearly 30 years of operations with the airline. On the evening of November 26, its last scheduled 767-336ER service, operated by G-BZHA (c/n 29230), arrived at Heathrow from Larnaca, Cyprus. G-BZHA and sister aircraft G-BZHB (c/n 29231), withdrawn from use the previous day, were subsequently lown to St Athan for storage and eventual scrapping.

There they joined other ex-BA 767s recently sent by the airline to the Welsh airield for disposal, including G-BZHC (c/n 29232) and G-BNWZ (c/n 25733), phased out from service in early November and late October respectively.

The retirements of these aircraft concluded a gradual winding down of 767 operations by BA in recent years since the mid-2013 introduction of the more eicient Boeing 787 Dreamliner. BA had put the 767 into service back in February 1990 and once predominantly operated the type on its long-haul network. As more Dreamliners have arrived, the 767s moved solely to short-haul operations, with the aircraft’s regular routes recently including Amsterdam, Athens, Frankfurt, Larnaca, Istanbul, Rome and Stockholm. The 767s also substituted for Airbus jets in BA’s short-haul network as required and for charters to European destinations; in the weeks before retirement, for example, they were used on rotations to Hanover, Pisa and Treviso.

In total, BA used 28 examples of the 767, with the fleet collectively carrying out more than 425,000 commercial lights over the years. The most frequent service on which it was used was Frankfurt, on which it completed nearly 15,000 rotations. British Airways Director of Flight Operations, Captain Al Bridger, commented: “The 767 has been a brilliant part of our fleet, lying some of our most popular routes and giving customers what was an industry-leading service in its time.”