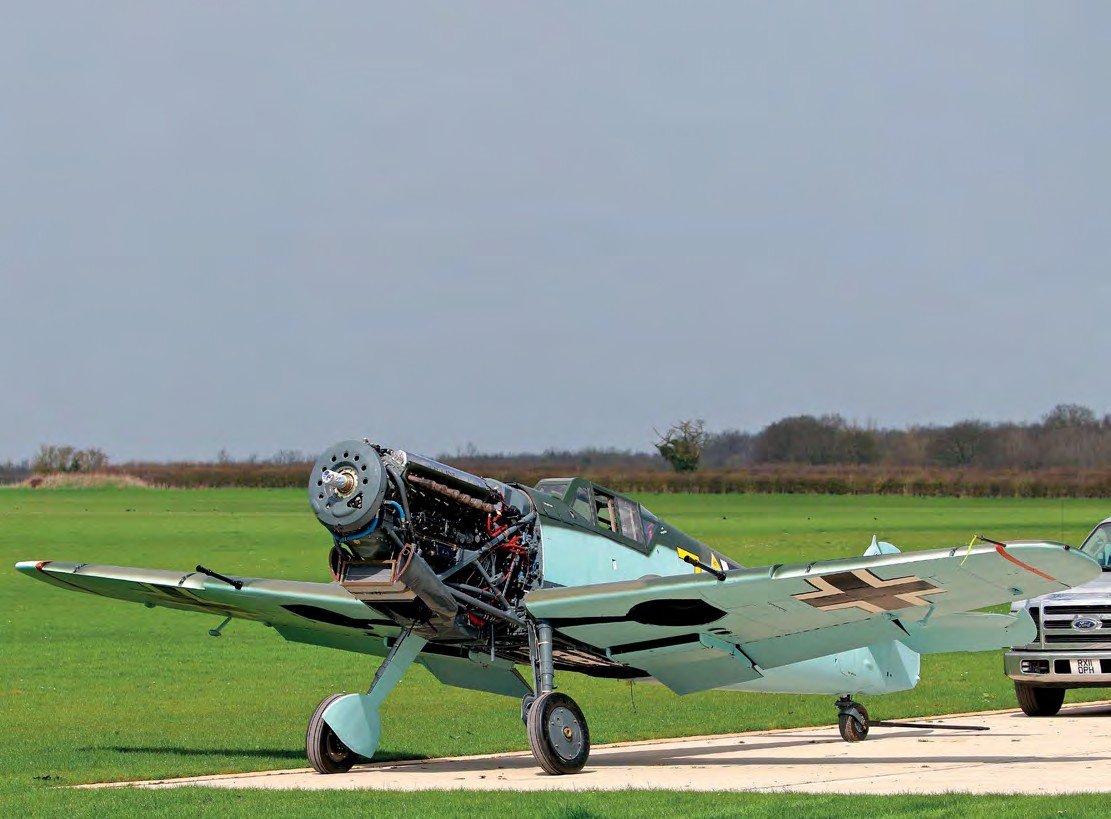 Looking as it did after painting into Luftwaffe markings at Tablada in the early spring of 1968 prior to shooting of the Battle of Britain film, Buchón C.4K-99/G-AWHM basks in the sun at Sywell on 15 April.
STEVEN COE

The Spanish-built, Rolls-Royce Merlin-powered variant of the Messerschmitt Bf 109G is one of the cache of Battle of Britain film HA-1112s acquired from film pilot ‘Connie’ Edwards at Big Spring, Texas during 2014. It has been repainted in its film colours as ‘Yellow 7’. This summer, of course, marks 50 years since the aircraft flew from Duxford during production of Battle of Britain.

Arriving at Sywell during the second week of April was Republic P-47M Thunderbolt 45-49192/G-THUN, which was recently acquired from the Millville Army Field Museum in New Jersey by Fighter Aviation Engineering of Dunmow, Essex. The ‘Jug’ — which was operated by The Fighter Collection at Duxford from 1986-2006 — is due to have its 78th Fighter Group/82nd Fighter Squadron markings replaced with those of the 48th Fighter Group/492nd Fighter Squadron of the 9th Air Force, with the code letters F4-J.