The Czech Ministry of Defence (MoD) launched the evaluation stage of the tender for multipurpose armed helicopters. In a release dated early November, the Czech MoD revealed that it is set to begin the evaluation of the proposals submitted by the US and Italian governments.

Italian manufacturer Leonardo proposes the AW139M version of its popular medium-class helicopter, capable of deploying both unguided and guided weapons and has a comprehensive targeting system. It is not yet known which type of helicopter or helicopters are included in the US proposal. In October, the US Department of Defense announced it had authorised the proposed sale of the Bell Helicopter UH-1Y Venom. At the same time, Lockheed Martin sources hinted that the company is offering the armed Sikorsky S-70i Black Hawk, manufactured by its PZL Mielec subsidiary in Poland. The Czech MoD is intending to buy 12 new helicopters to replace the current fleet of Russian-made Mi-24V gunships. In addition to the attack role, the new helicopters will be used for tactical transport, combat SAR and medical evacuation. The Czech MoD previously considered lighter platforms such as the 3.6-tonne Airbus Helicopters H145M, but later switched to heavier and therefore more capable helicopters. Alexander Mladenov and Krassimir Grozev 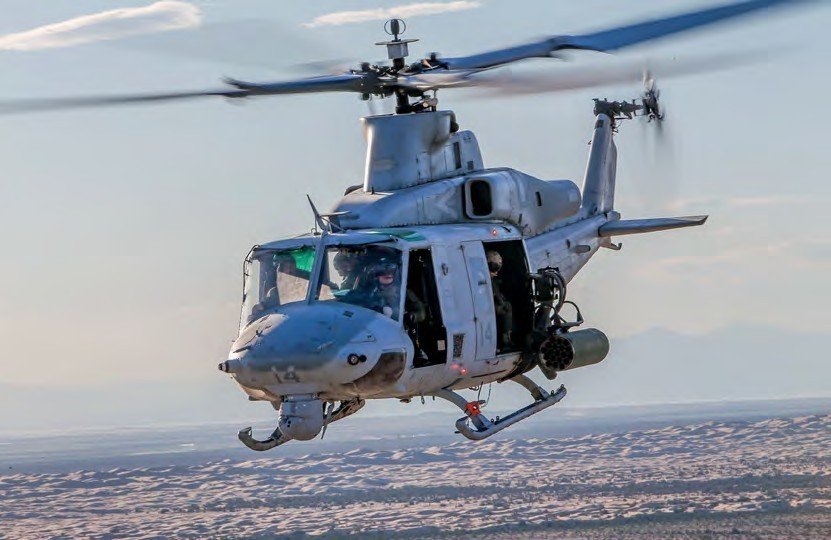 Could the Czech Republic be the first European customer for the Bell Helicopter UH-1Y Venom?
LCpl Brennon Taylor/US Marine Corps