The fall of Flybe 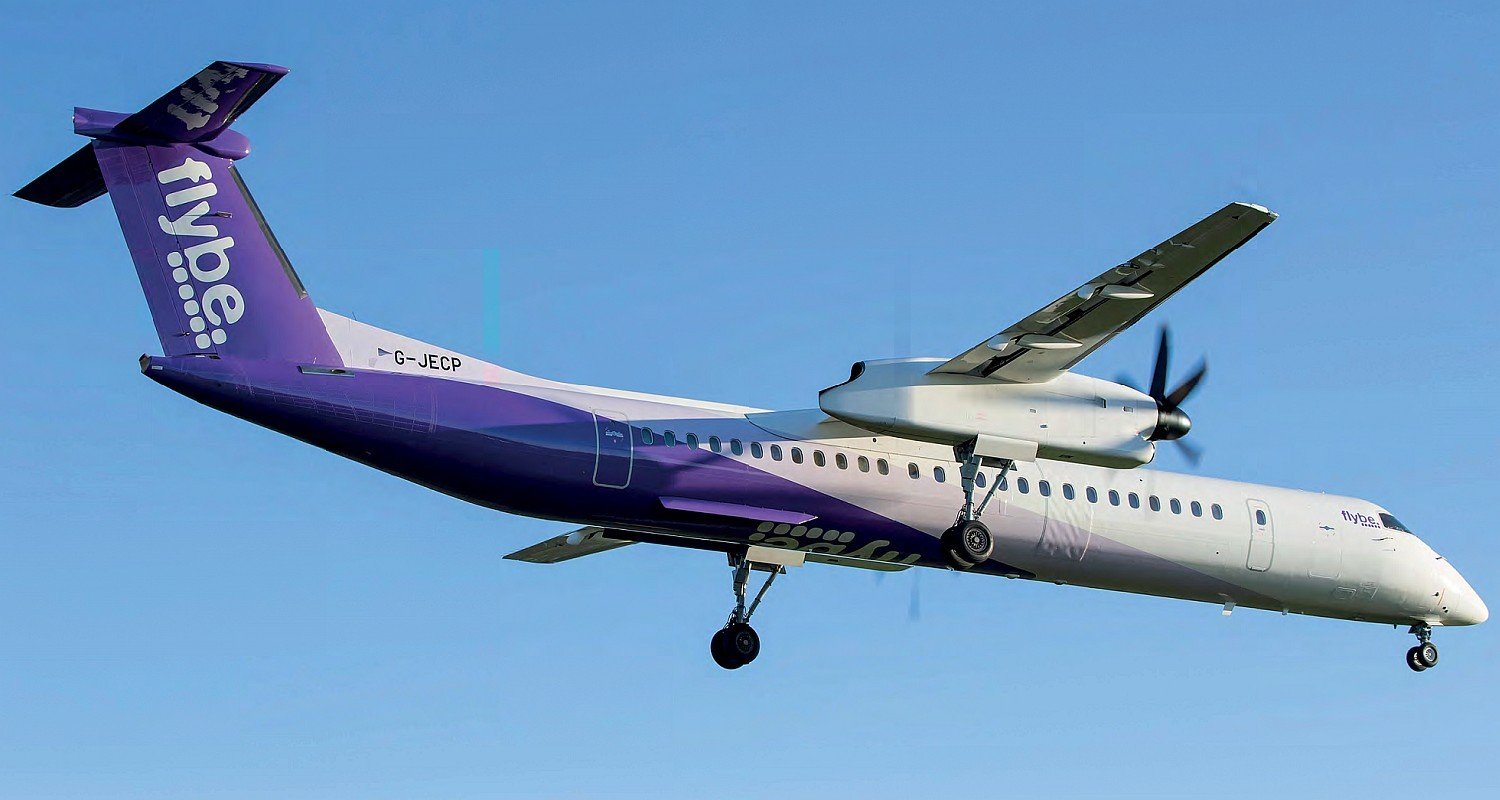 FLYBE, EUROPE’S biggest independent regional airline and Britain’s biggest domestic carrier, is set to be rebranded as Virgin Atlantic under the terms of its sale to the Connect Airways Limited consortium. Connect is owned by the Virgin Travel Group Limited, Stobart Aviation Limited and Cyrus Capital Partners/DLP Holdings.

After the sale, which was agreed on January 11 and was due to be completed on February 22, Flybe will continue as an independent operating carrier with a separate Air Operator’s Certificate (AOC). Some reports suggest that it will merge with Stobart Air, which will continue under its own separate Irish AOC with its current franchise and leasing operations.

Connect Airways has already said: “All flying operations except Stobart Air will operate under the Virgin Atlantic brand to the extent possible.” It has also said that the new operator will, “operate independently of Virgin Atlantic with only support functions having some overlap”.

No timescale has been given for the rebranding, which “will be timed to coincide with a refurbishment programme for Flybe’s fleet to provide a seamless customer experience in keeping with Virgin Atlantic’s heritage”.

Flybe started operations as Jersey European Airways in 1979, having been formed by the merger of Jersey-based Intra Airways and Hurn-based Express Air Services. Jersey European was sold to steel magnate Jack Walker in 1983, and subsequently merged with the latter’s Blackpool-based charter airline Spacegrand Aviation in 1985. Jersey European was renamed British European (Be) in June 2000 and finally rebranded as Flybe on July 18, 2002, as a full-service, lowfare airline. Flybe bought the carrier BA Connect in 2006.

Flybe was floated on the London Stock Exchange in December 2010, when its shares were valued at £2.95, valuing the company at approximately £215 million. The share issue raised £66 million, half of which funded a significant fleet expansion.

Based in Exeter and operating from 37 UK airports, Flybe carries about nine million passengers per year and accounts for 53% of all internal flights in mainland Britain and on 80% of its routes has no airborne competition. Its 73 aircraft fleet includes the ATR 72-600, the Bombardier Dash 8 Q400, and the Embraer E175 and E195.

Flybe has struggled to cope with the slump in the UK regional aviation market since becoming a public company. By the time Saad Hammad, a former Chief Commercial Officer of easyJet, joined the airline as Chief Executive Officer in August 2013, 61 of its 158 routes were not covering their fixed cost.

Hammad instituted a major programme of cuts, closing six of the airline’s 13 bases, sacking almost a third of the workforce and passing on many of the lossmaking Embraer jets to concentrate on turboprop operations. The result was that the airline, which had £66 million of debt and had booked an annual loss of £40.7 million in the year before Hammad arrived, was able to turn a modest £2.7 million profit in 2016.

Hammad recapitalised the company, bringing in £150 million of new investment, and predicted that by keeping costs down the airline would be profitable even with as few as 40,000 passengers a year, accepting that Flybe would remain a niche carrier largely serving ‘thin’ routes. The airline gained a new purple livery and made changes to its service.

Christine Jeanne Ourmières- Widener took over as Flybe Chief Executive Officer on January 16, 2017. Despite the new CEO’s election to the board of IATA and her high profile FlyShe initiative to combat gender imbalance in aviation, the airline slumped back into heavy losses.

In February 2018, Flybe’s board rebuffed a takeover bid by Stobart (which owns and operates London Southend Airport and Carlisle Lake District Airport, and whose subsidiary Stobart Air operates flights under franchise agreements with Aer Lingus and Flybe), even though it was relatively generous, valuing the airline at £35 million–£40 million and being pitched at roughly 40p per share. In many ways the match would have been a good one, since Stobart had valuable experience in leasing and franchise operations, but it lacked a strong airline brand.

A profit warning late in 2018 suggested that Flybe said it expected to lose £22 million in the year up to the end of March 2019, having lost £9 million in the previous year and £48 million the year before that.

In November 2018, Flybe moved from a premium listing to a standard listing on the stock market, meaning the board could sell or divest assets without needing the approval of the shareholders. The airline was then put up for sale.

Flybe blamed what it called a “challenging market environment” and said: “Ongoing fuel and currency impacts presented particularly significant headwinds for Flybe, as did the rapid and significant tightening on Flybe’s liquidity from the card acquirer market.”

Though Flybe’s own financial statements said that 91% of fuel had been hedged, credit card providers had started to withhold cash from some forward ticket sales, leaving the airline short of operating capital.

The deal with Connect valued the airline at just £2.8 million (1p per share), triggering anger among major shareholders who believed the Flybe board had failed to pursue viable alternatives to the consortium’s lowball offer. A rival bid from Andrew Tinkler (a former CEO of the Stobart group) was rejected on February 4.

However, while the cash value of the Connect consortium offer was low, it did agree to extend a committed credit facility of up to £20 million, and it has been reported that without this bridging loan Flybe was just a few days away from going under.

Flybe also received £4.5 million from IAG for the sale of take-off and landing slots at Gatwick to Vueling on January 11.

The new owners plan to simplify Flybe’s core route network, which will be tailored to provide improved connectivity with Virgin Atlantic’s long-haul services to and from London Heathrow and Manchester. Some reports have suggested that there may also be growth at London Southend Airport.

There have been warnings of a “limited reduction” in aircraft numbers in the Flybe fleet, and that job losses are “likely”.

Nevertheless, Ourmières- Widener is bullish about the airline’s long-term prospects, insisting: “Flybe is here to stay; we’ll be there in 40 years. Our service onboard is one of the best. We are improving our on-time performance. Flybe is an amazing company. We have great employees.”