Getting Closer - Fly with a Hurricane

An exciting opportunity at White Waltham will give customers a flight in a Harvard alongside Hawker Hurricane R4118. Darren Harbar visited the airfield to witness the first test of this new proposition

R4118 is a historic example of the Hawker fighter. It has a genuine Battle of Britain combat history and it’s also a significantly complete example, having been restored with many original parts. 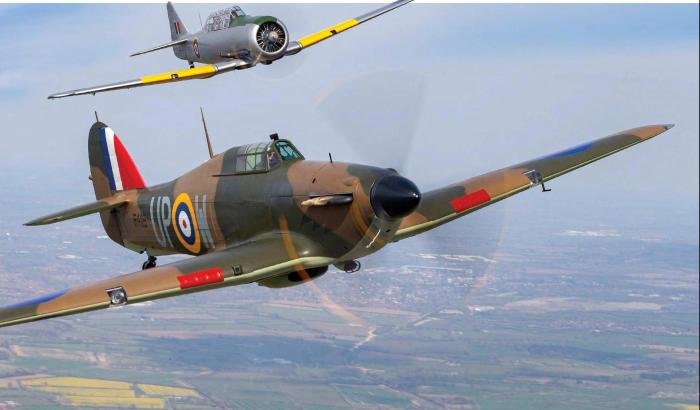 Pics and words: All Darren Harbar unless stated otherwise

As a professional air-to-air photographer, I’ve been very fortunate to fly alongside some incredible warbirds, including Hawker Hurricane R4118. The sight of a warbird alongside you in the air is something that has to rank up there in the ‘best of the best’ moments. ‘Fly alongside’ has become an increasingly commonplace term as various operators offer the chance to fly inside some form of classic or modern passenger aircraft, while a World War Two fighter formates with you.