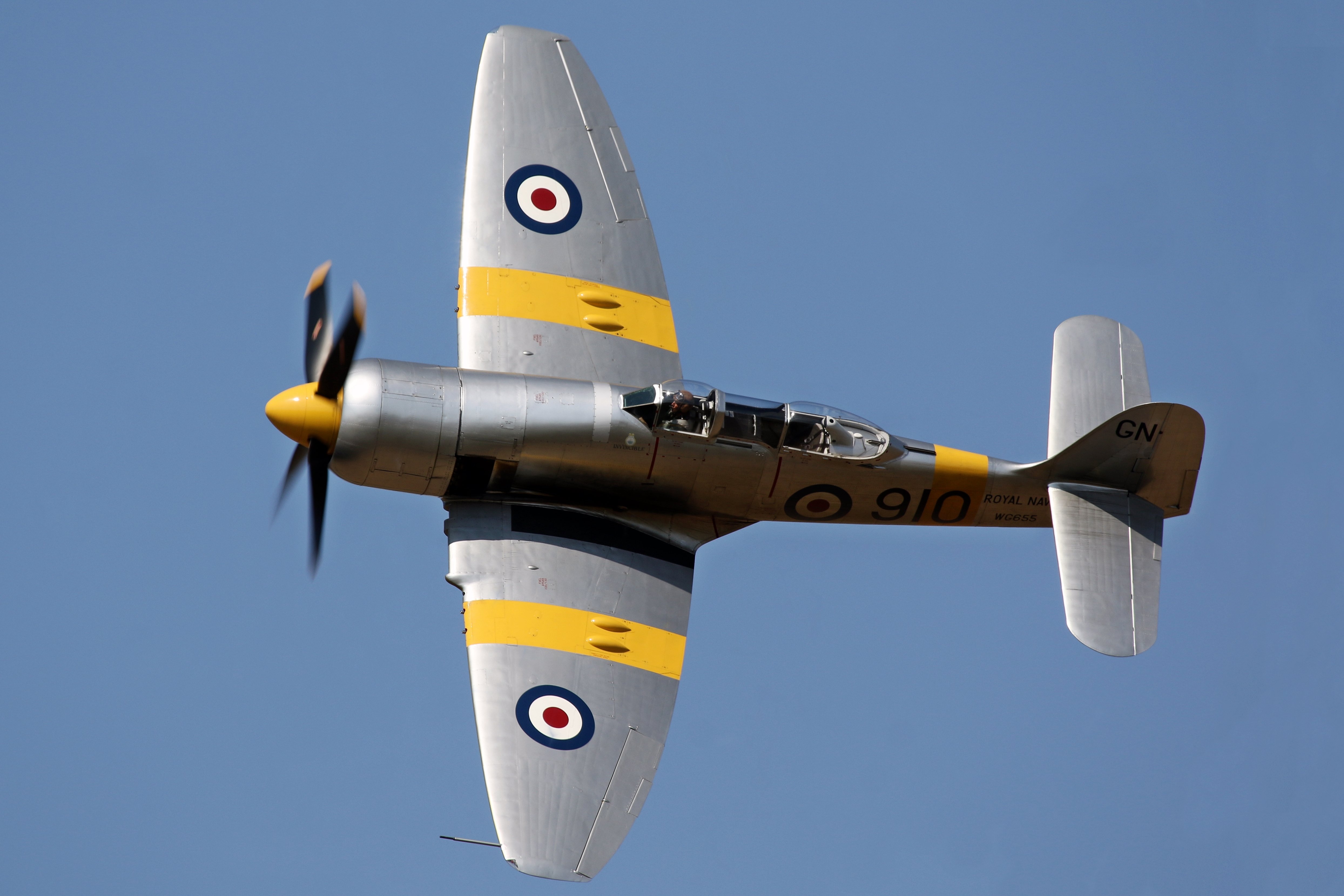 A two-seat Sea Fury aircraft based at Duxford, Cambridgeshire, made a forced landing approximately four miles north of the airfield on Tuesday August 4, at around 4.30pm. The pilot apparently reported a problem before setting down in a farm field. Both pilot and passenger sustained minor injuries and were taken to hospital.

“There has been an incident involving a Sea Fury aircraft which departed from Duxford airfield this afternoon on a routine flight," said IWM Duxford in a statement. "The aircraft had to undertake a [forced] landing, the pilot and passenger are receiving medical attention for minor injuries.

“The aircraft sustained significant damage and a fuel leak, an IWM Duxford fire team with specialist equipment and knowledge assisted Cambridgeshire Fire and Rescue Service at the scene.”