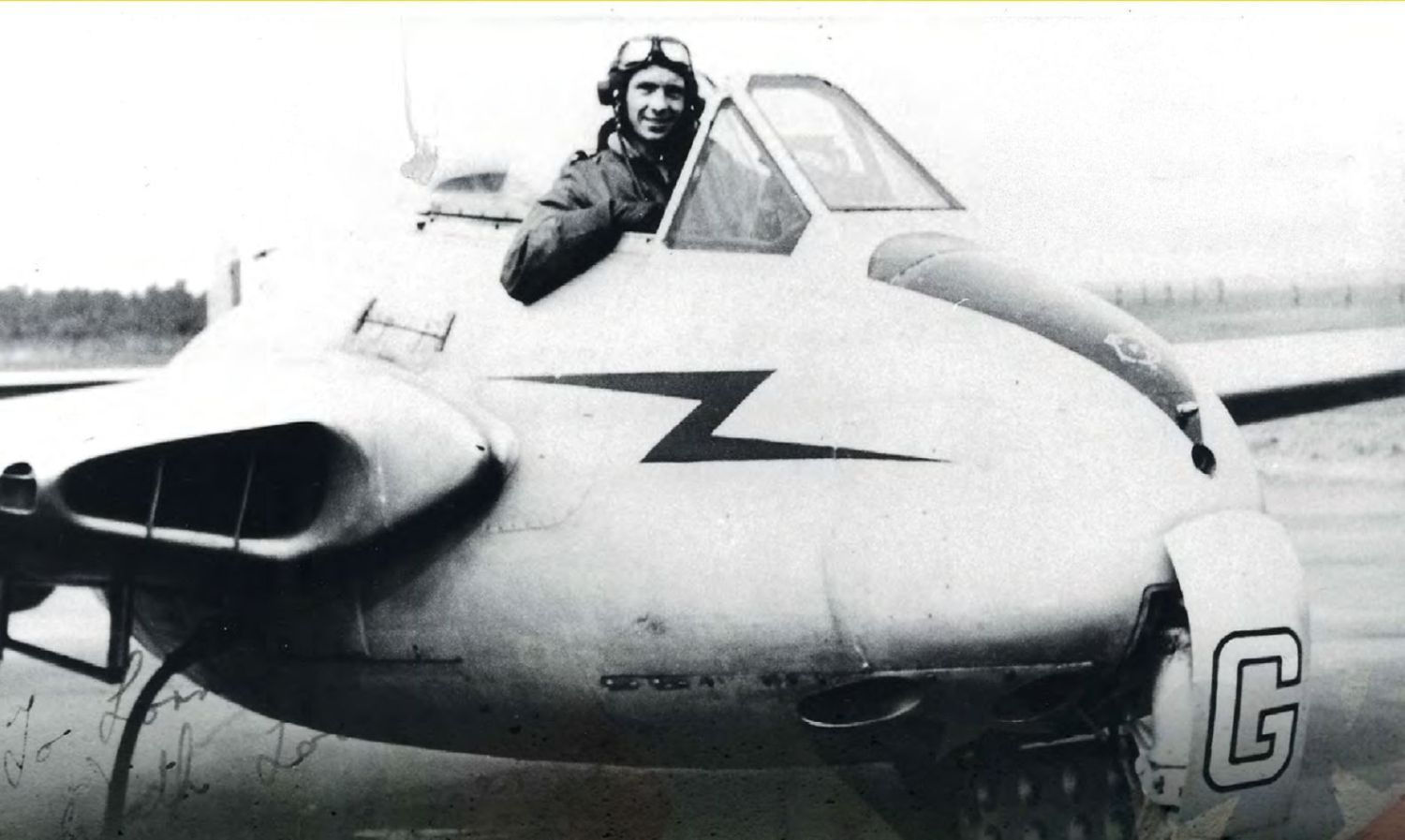 George Aird in de Havilland Vampire FB.5 WA390 ‘G-for-George’, June 1952. He had his full initials, ‘GPA’, painted in a small star on the nose.
ALL COURTESY G P AIRD UNLESS NOTED 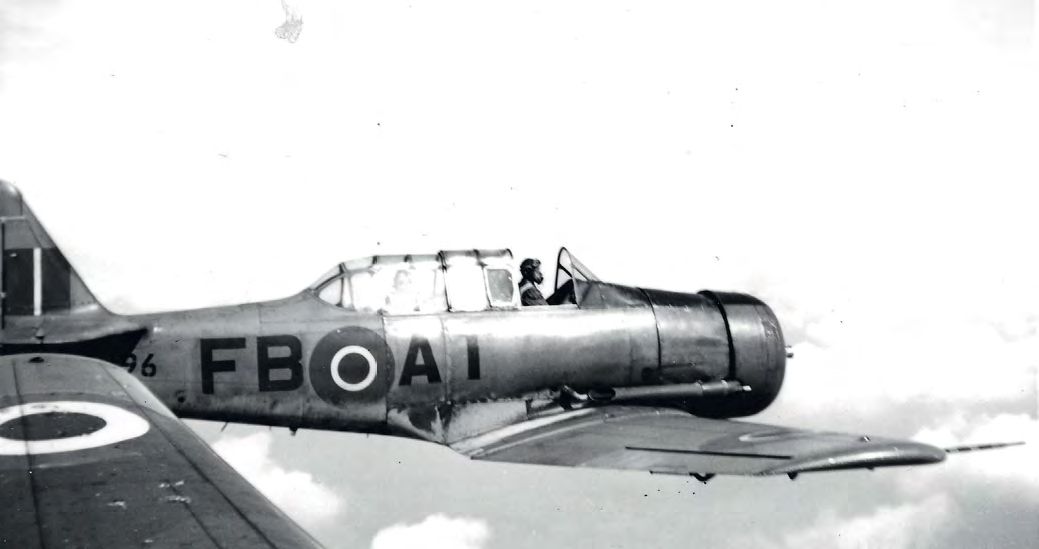 Increasing tensions with the Soviet Union in the early 1950s led to a rapid expansion of the RAF, particularly its 2nd Tactical Air Force based in West Germany. Just 20 miles (32km) from the East German border was Fassberg, a base that would be expected to hold the line if the Cold War was to erupt into open conflict.