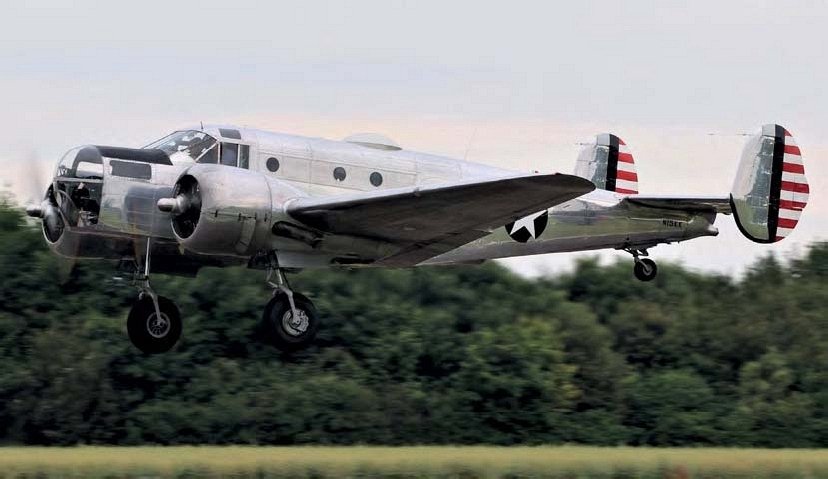 A very unusual spectacle at Turweston, as Beech AT-11 N15KK gets airborne for the final leg of its journey to a new home near Stuttgart. ROGER SYRATT

Following acquisition by a new owner at Aalen-Heidenheim/Elchingen Airport near Stuttgart, Beech AT-11 Kansan 42-37337/ N15KK was an unexpected arrival at Turweston aerodrome, Northamptonshire on 8 July, having been ferried across the Atlantic to Wick during the previous few days. In mid-August it made its European public debut at the Albstadt- Degerfeld show in Baden-Württemberg.

The aircraft had languished unflown at Monte Vista Municipal Airport, Colorado, for 15 years until it was purchased by a California-based collector in 2015 and brought back to airworthy condition. As befits a bombardier trainer it is equipped with fully functioning bomb doors, eight dummy bombs in the fuselage bomb rack and a genuine Norden bomb sight located in the bomb aimer’s position.