Captain of the Ship 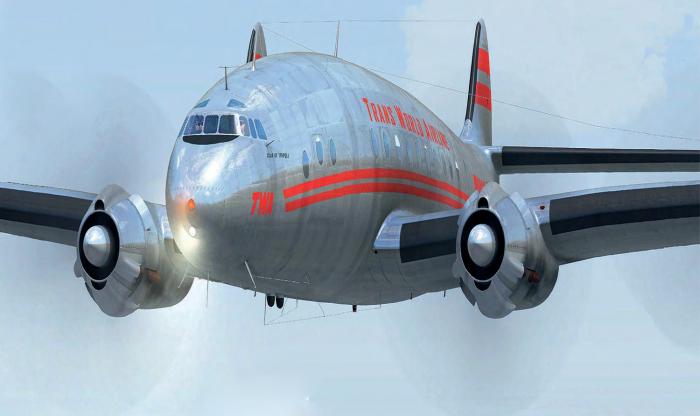 The A2A model boasts highly detailed textures, including weathering on the airframe and exhaust stains around the engine cowlings.

A2A Simulations has, for some years, been making high-quality general aviation and historic aircraft addons that take realism to another level. Its latest release focuses on a different genre, taking us on a journey back in time to the dawn of airline travel with the iconic Lockheed L-049 Constellation. Affectionately known as the ‘Connie’, the aircraft harks back to 1939 when Howard Hughes, the owner of Transcontinental & Western Air (which later changed its name to Trans World Airlines [TWA]) made a deal with Californian manufacturer Lockheed to build a 40-seat airliner capable of flying non-stop coast-to-coast. Hughes had a very special design in mind. The aircraft had to be sleek and distinctive while incorporating new technologies such as electric de-icing and hydraulically assisted controls.