Burr Ridge, Illinois-based Lenoch died in the crash of P-51D 44-72086/N251PW Baby Duck near Atchison, Kansas on 17 July 2017. A group of Lenoch’s friends will now operate Moonbeam McSwine as a tribute to him.

Akary is replacing the Mustang with Canadair Sabre 6 N80FS, which he has acquired from Dr Rich Sugden in Wilson, Wyoming. The 1958-built fighter is a former Luftwaffe machine that was recovered from West Germany by Wensley Haydon-Baillie in the late 1970s, and then sold on to Mojave, California-based Flight Systems Inc for use as a target tug. 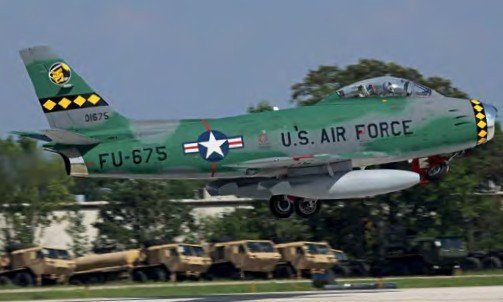 Canadair Sabre 6 N80FS, here getting airborne at Wittman Field, Oshkosh in July 2001, will soon be heading for France and its new owner, Frédéric Akary.
MIKE SHREEVE 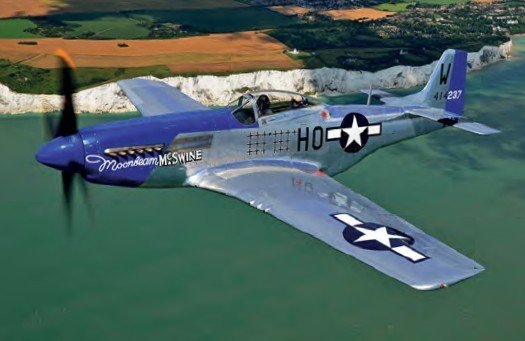