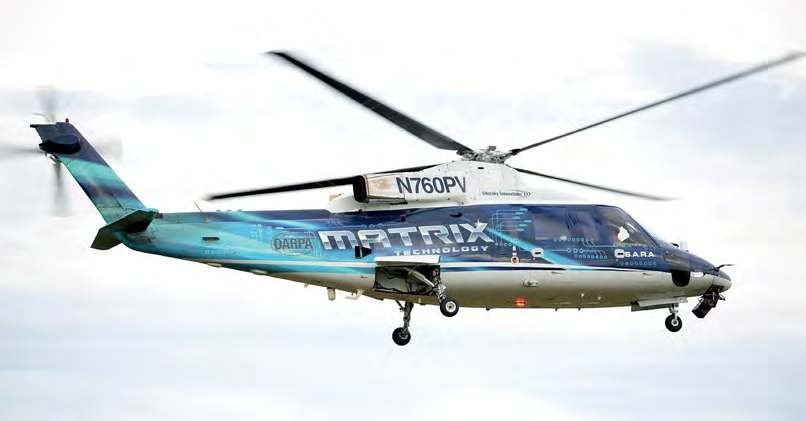 The lights demonstrated capabilities developed as part of the third phase of DARPA’s Aircrew Labour In-Cockpit Automation System (ALIAS) programme. The helicopter was operated at different times by pilots on board and pilots on the ground.

Technology autonomous software and hardware, installed on SARA, executed various scenarios. These included automated take-of and landing, obstacle avoidance (where the helicopter’s LIDAR sensors and cameras enabled it to detect and avoid unknown objects such as wires, towers and moving vehicles), automatic landing zone selection (again using the LIDAR sensors) and contour light, where the S-76B flew low to the ground and behind trees. The US Army and DARPA are working with Sikorsky to improve and expand ALIAS capabilities and develop what the company calls a “tailorable autonomy kit” for installation in both fixed-wing aircraft and helicopters. Mark Broadbent