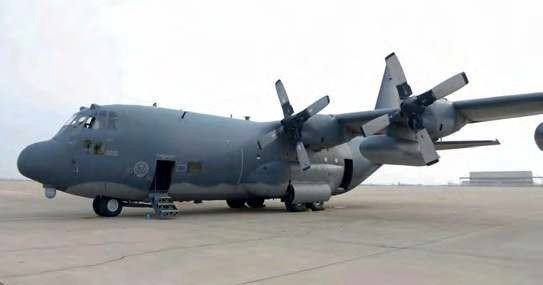 MC-130P 66-0212 at Moffett Federal Airfield in Mountain View, California, just prior to delivery to the Castle Air Museum.
CALIFORNIA ANG

Fifty-two years after it was originally delivered to the US Air Force, the last inservice Lockheed MC-130P Combat Shadow was retired by the California Air National Guard’s 129th Rescue Wing on 27 November, and delivered to the Castle Air Museum at Atwater, California.

Serial 66-0212 was originally delivered to USAF Military Airlift Command’s 37th Aerospace Rescue and Recovery Squadron in December 1966, operating as an airborne controller aircraft to locate downed aircrew and direct combat search and rescue operations over North Vietnam. It was assigned to the 129th RQW during 2001, being named City of San Jose.

Despite its age, ‘0212 is the younger of the two Hercules now on display at the museum.

A 1957-built C-130A, 56-0473, arrived at Castle in November 2015. During its service with the 774th Troop Carrier Squadron at Sewart AFB near Nashville, Tennessee, this machine flew with the Four Horsemen display team from 1958-60. The team made 15 airshow appearances and gave several other demonstrations during its short tenure as the world’s only regular display outfit to operate four-engine aircraft. It went on to be operated as a fire-bomber and was donated to the museum by TBM Inc at Visalia, 105 miles south-east of the location of the Castle Air Museum. Tom Kaminski