The helicopters were handed over to the Corps during a ceremony at the manufacturer’s facility at Vergiate on April 18, 2019.

The Vigili del Fuoco signed a €45-million contract with Leonardo for the acquisition of three AW139s in 2018 and the first two will be based at Rome’s Ciampino Airport for training of personnel. The third helicopter will be delivered later this year. Nigel Pittaway 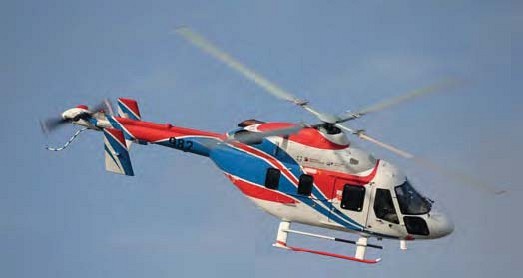 Russian helicopters hope the establishment of a local maintenance centre for its Kazan Ansat helicopter, to be developed in co-operation with Craft Avia Centre, will boost regional sales.
Russian Helicopters

RUSSIAN HELICOPTERS announced it will open a technical maintenance centre for Kazan Ansat helicopters in Guadalajara, Mexico in 2020.

The announcement, made on April 25, 2019 said the facility will be developed in co-operation with Mexico’s Craft Avia Centre. The first Ansat helicopter for the Mexican market will be delivered in 2019. Nigel Pittaway 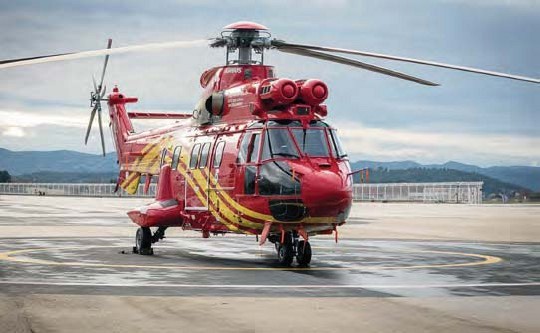 The recently-delivered H215 Super Puma will allow China’s SGGAC to expand its operations in remote regions of the country.
Airbus Helicopters

The SGGAC, a subsidiary of the State Grid Corporation of China, performs infrastructure construction and maintenance of the country’s network of high and very high voltage power lines.

The new Super Puma will be fitted with a 4.5-ton cargo sling, external hoists, weather radar, wire-strike protection and will have 17 cabin seats, fitted with oxygen jackets for operations at high altitudes. Duties will include cable repair, cable laying, cargo transportation and powerline construction operations in remote areas.

The aircraft will be used in the ports of Durban and Richards Bay to transfer marine pilots on and off visiting vessels.

Such services may also be extended to the port of Cape Town, especially when stormy conditions make it difficult for vessels to transfer pilots.

South Africa is one of just three countries in the world to use helicopters for pilot transfer.

A signing ceremony for the acceptance of the two new helicopters, worth around ZAR 250 million, was held at Vergiate, Italy, on April 17, 2019.

They were acquired as part of Transnet’s fleet renewal programme and for their role they are equipped with a Harbour Pilot Shuttle Kit, which includes a hoist.

AIRBUS HELICOPTERS has opened a final assembly line (FAL) at Qingdao, in Shandong Province in eastern China, for production of H135 helicopters, the company announced on April 17, 2019.

The facility is, according to Airbus Helicopters, the first helicopter FAL to be built in China by a foreign manufacturer and it is also the first H135 FAL outside Europe.

The FAL at Qingdao is the result of a co-operation agreement signed between Airbus Helicopters and the Chinese Government in 2016, for the purchase of 100 H135s for the local market.

Ninety-five of the 100 H135s will be assembled at Qingdao and the first is expected to be completed in the second half of 2019. The initial production rate will encompass 18 helicopters per year, but the facility has the capacity to double production if required, to accommodate future growth.