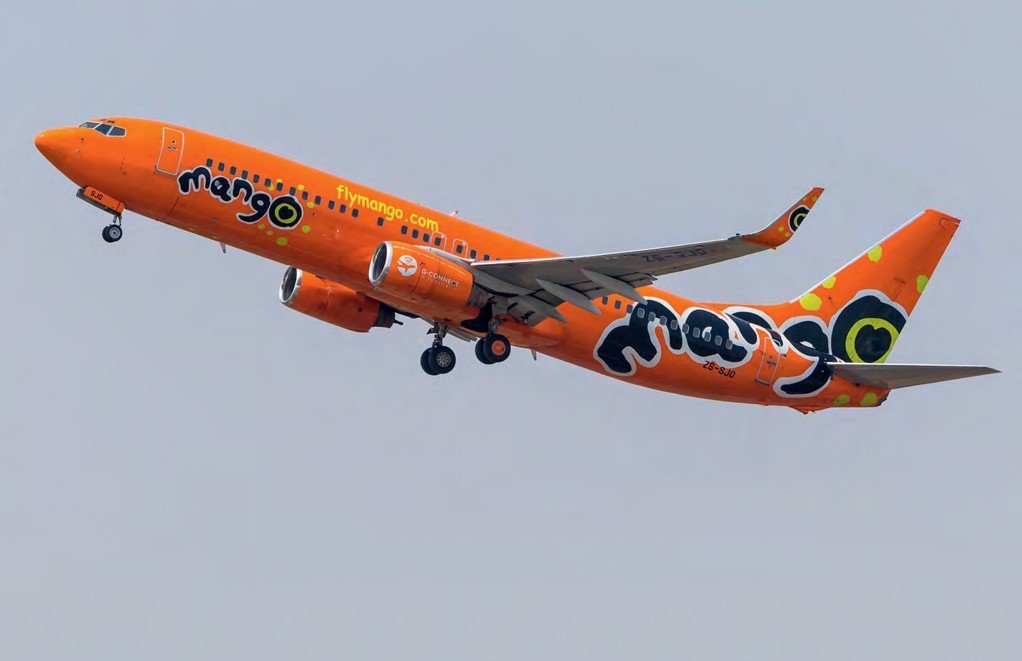 Mango Boeing 737-8BG ZS-SJO (c/n 32357) departs Johannesburg. This low-cost carrier is to review its fleet as plans proceed for it to be merged with its South African Airways parent company.
Felix Gottwald/AirTeamImages

South African low-cost airline Mango may renew its fleet in around 2020 as leases expire and as plans proceed for it to be merged into parent company South African Airways (SAA). Mango Chief Executive Officer Nick Vlok recently said the airline will examine fleet renewal, either staying with its existing Boeing 737-800s or getting new aircraft. The carrier has ten 737-800s in service, serving South Africa and Zanzibar.

In 2016, Public Enterprises Minister Lynn Brown indicated Mango, SA Express and SAA may be merged, integrated into a single holding company or be partially privatised. Such a process could take three years. A merger would be overseen by aviation consultants Bain & Company, who were hired last year to assist SAA. Mango already operates under SAA’s Air Operating Certificate and its fleet is maintained by SAA’s technical department, so a merger would have little impact on the airline’s operations and performance. In May, South Africa Finance Minister Malusi Gigaba said the proposed merger was still on the cards and would allow the merged entity to streamline operations and optimise route networks.

Although its financial performance has been better than SAA, Mango recorded a ZAR 37 million loss in the financial year ending February 2016, compared to ZAR 7 billion in losses by SAA in the last two financial years. SAA estimates a net loss of ZAR 853 million in 2017- 2018. One of the ways it is seeking to improve its financial situation is to recover ZAR 1 billion in foreign currency stuck in Angola, Nigeria, Senegal and Zimbabwe.