One of the most iconic aircraft from the Pacific theatre of World War Two, the Chance Vought Corsair was also arguably one of the best performing. 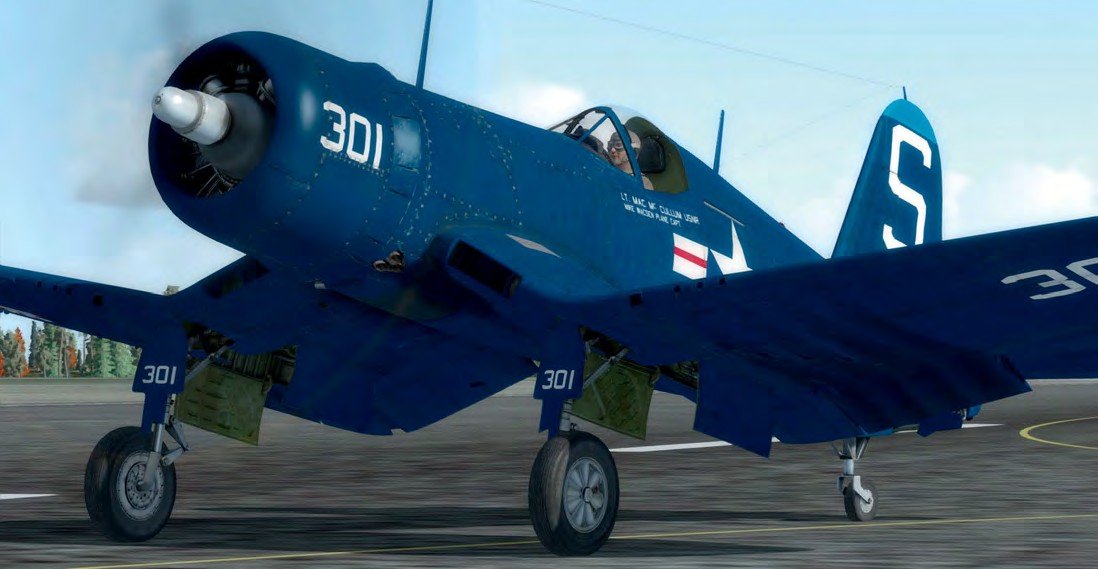 Deployed primarily with the US Marines, the aircraft achieved a staggering 2,140 air combat victories against 189 aerial losses - an overall kill ratio of 11:1. Created exclusively for Prepar3D (versions 2, 3 and 4), MilViz’s FG-1D Corsair features an intricate flight model, in-depth system simulation, high definition textures and a highly detailed 3D model. Incidentally, during the war, demand for this aircraft increased, outstripping Chance-Vought’s supply capacity, so rival manufacturers Brewster and Goodyear were tasked with meeting the shortfall. The designation ‘FG-1D’ identifies the MilViz Corsair as a Goodyear-built aircraft. MilViz’s Corsair is based on an FG-1D that was produced too late for active service in World War Two.

The MilViz package comes with six HD liveries, detailed textures and precise 3D modelling both inside and out, while the cockpit features custom 3D gauges.

In addition, the powerplant is modelled in detail including the water injection and manually operated two-stage supercharger as well as the fuel system, electrics pilot oxygen, and undercarriage dive braking - using the main wheels in a trailing position. Additional systems include comprehensive avionics, gun charging and armament (via TacPack). The FG-1D is also ready for carrier operations with folding wings and a working arrestor hook.

The flight dynamics have been modelled to closely perform like the real aircraft, so proper technique is required to recover from stalls, as well as for performing safe landings and take-offs.

The MilViz Aircraft Management System (MVAMS) is included with this release, which allows for easy set-up of the aircraft, including configuring the default start-up state, radio frequencies, as well as enabling the setup of a joystick axis for the supercharger.

The package is TacPack-compatible, enabling you to operate the Mark 8 illuminated gunsight, fire guns, drop bombs or launch rockets from your now-armed-to-the-teeth Corsair. However, Vertical Reality Simulations’ TacPack software is not included with the product, but is not required for the operation of any other portion of the aircraft. For more information, visit: www.milviz.com/flight/products/FG1D/