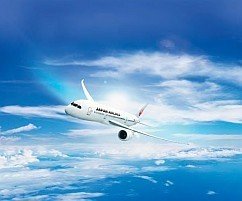 MORE BOEING 787 Dreamliners are to be used for the low-cost long-haul niche after Japan Airlines (JAL) announced a plan to set up a new business unit in the market.

JAL plans to establish the new, yet-to-be-named carrier at Tokyo- Narita, initially with two 787-8s. JAL says the operation will be focused on medium to long-haul flights and will aim to provide new travel options connecting Tokyo with “select destinations” in Asia, Europe and the Americas. The carrier is due to launch after upgrades to Narita are completed in summer 2020, which coincides with that year’s Tokyo Olympics.

The 787 is already used in the low-cost long-haul arena by Norwegian, which now operates 29 examples (eight 787-8s and 21 787-9s) and Scoot, which has 17 (ten 787-8s and seven 787- 9s). Dreamliners will also equip WestJet’s new long-haul unit and the type has been rumoured to interest carriers Level and AirAsia X.