The new March/April issue of PC Pilot has finally touched down, and as always it is loaded with exciting reviews, features and tutorials. 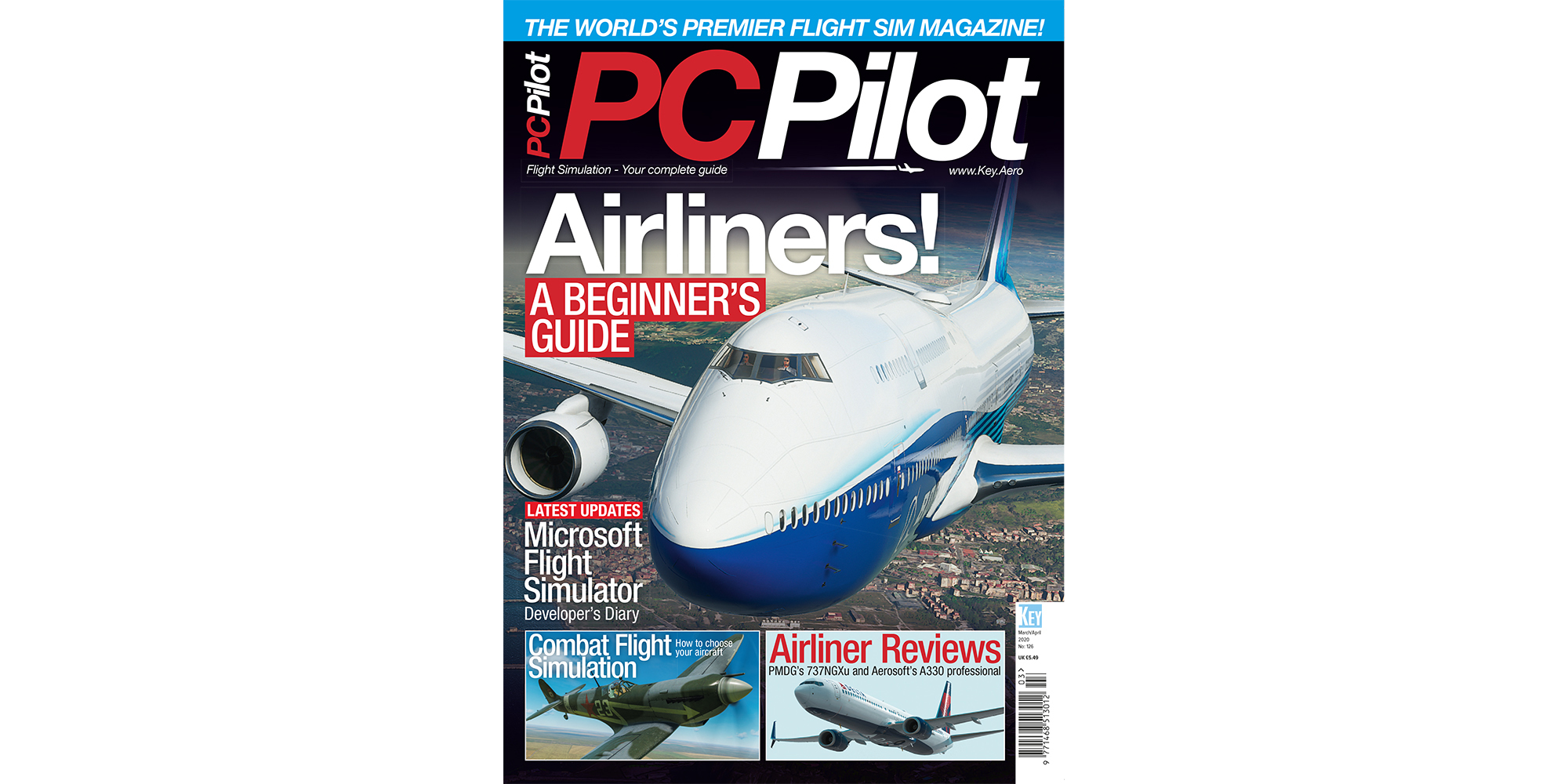 When PMDG released the 737NGX back in 2011, it took the flight simulation community by storm, quickly becoming the go-to airliner for many simulator pilots. Now after nine years of ploughing the virtual airways, PMDG has released an updated version of the legendary aircraft simulation exclusively for Prepar3D version 4. Welcome to the PMDG 737NGXu. 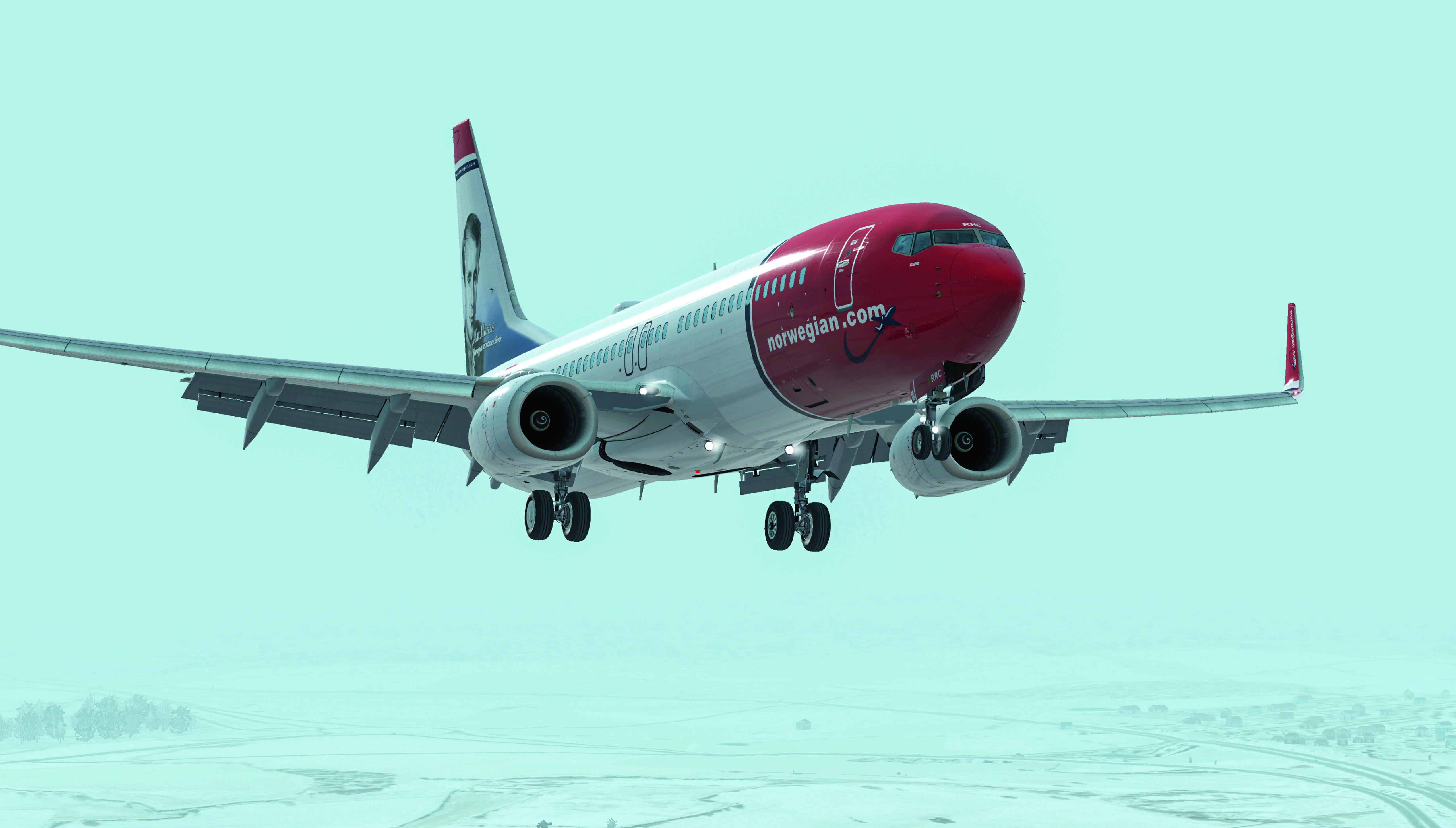 Anticipation is a wonderful, terrible thing. The anticipation for Aerosoft’s Airbus A330 professional can be described as exquisite torture. The Airbus A330 has been for many, the missing link in terms of flight simming for FSX/P3D. I can only think of three examples of the ‘widebody’ being available for either platform in the last 14 years, and of those three, only a single example is considered modern but not out of beta yet. So the Aerosoft A330 has a great deal of expectation to live up to. Is this what we’ve been waiting for?

One of the most successful of these regional jets has been the Canadair Regional Jet (CRJ) series manufactured by Bombardier. With its typical knack for correctly guessing the appetite of its fan base, flight sim powerhouse Aerosoft, in conjunction with Digital Aviation, has recently released its redesigned and significantly upgraded CRJ series under the moniker ‘CRJ professional’.

Just as the aviation world celebrated the 50th anniversary of the maiden flight of the Boeing 747, Supercritical Simulations Group released the version 2.1 Anniversary Update of their 747-8i for X-Plane. Here we test fly the new model as well as highlight the updates on this latest version. 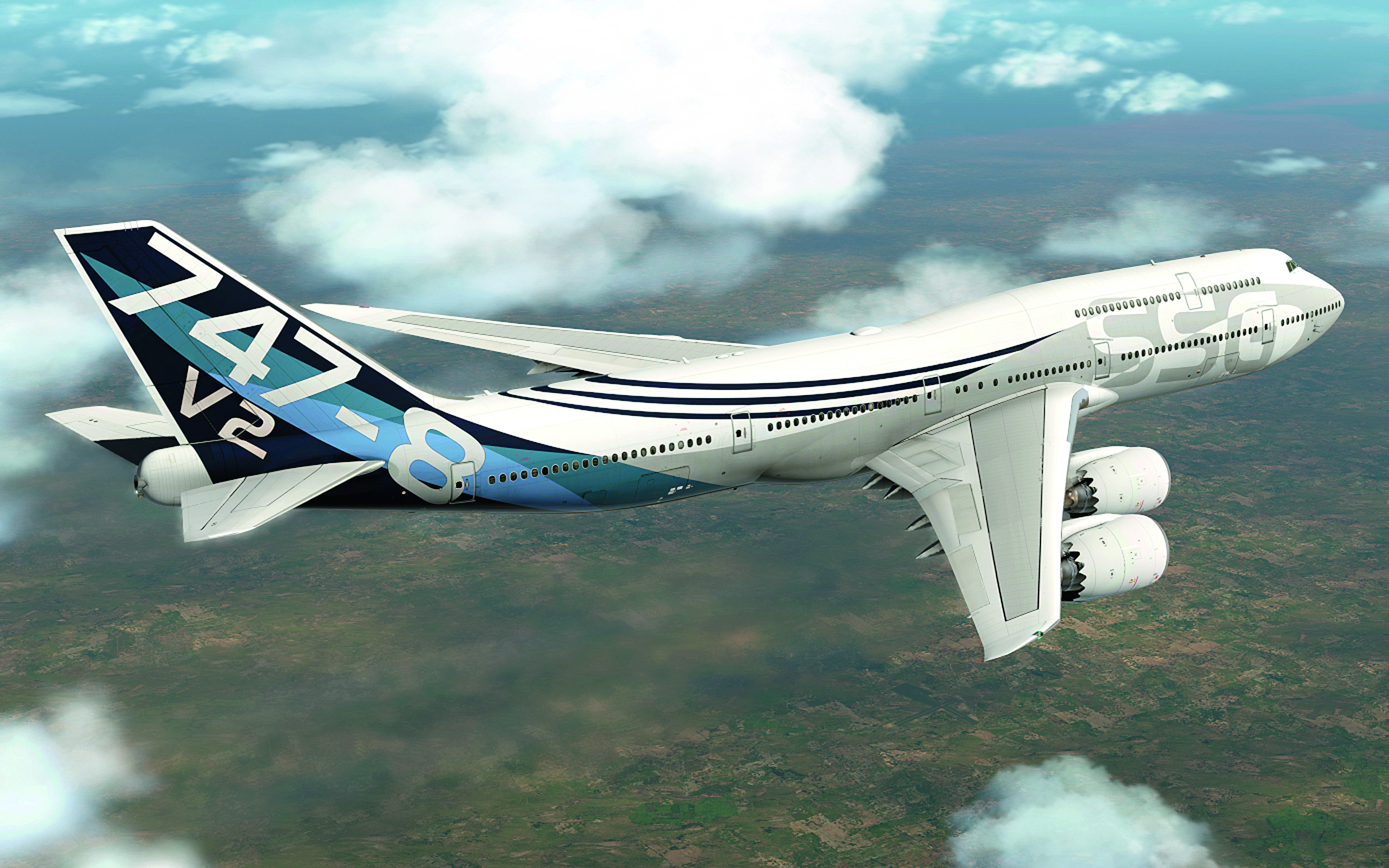 The TrueEarth series from Orbx is arguably the most comprehensive scenery available to date. It combines hand-corrected satellite imagery with thousands of custom buildings, trees and other vegetation. All significant points of interest are recreated and set on an ultra-detailed elevation mesh. These areas also feature PBR techniques, with all major areas of habitation depicted and generally featuring at least one Cityscape, which in the case of TrueEarth US Northern California is the city of San Francisco. 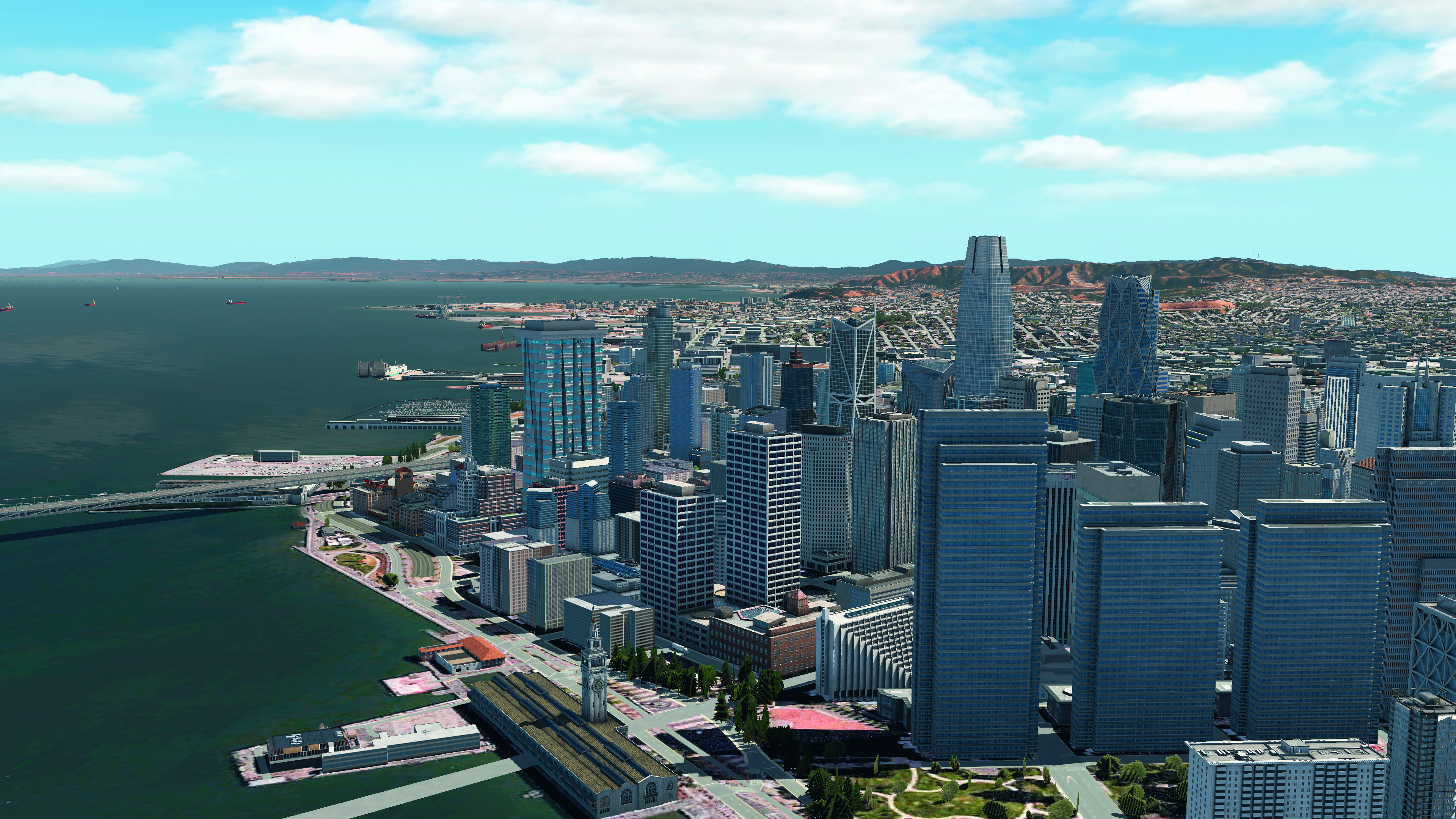 For pilots, one of the most important areas of immersion is the airport environment. Airports are never that quiet. We rely on traffic to help us feel the rhythm and rush of a busy international hub. Yet this is an area many simulations simply get wrong. Fortunately, there’s help at hand. Just Flight has stepped up to produce a brand new, much-needed traffic add-on for X-Plane 11. Welcome to Traffic Global. 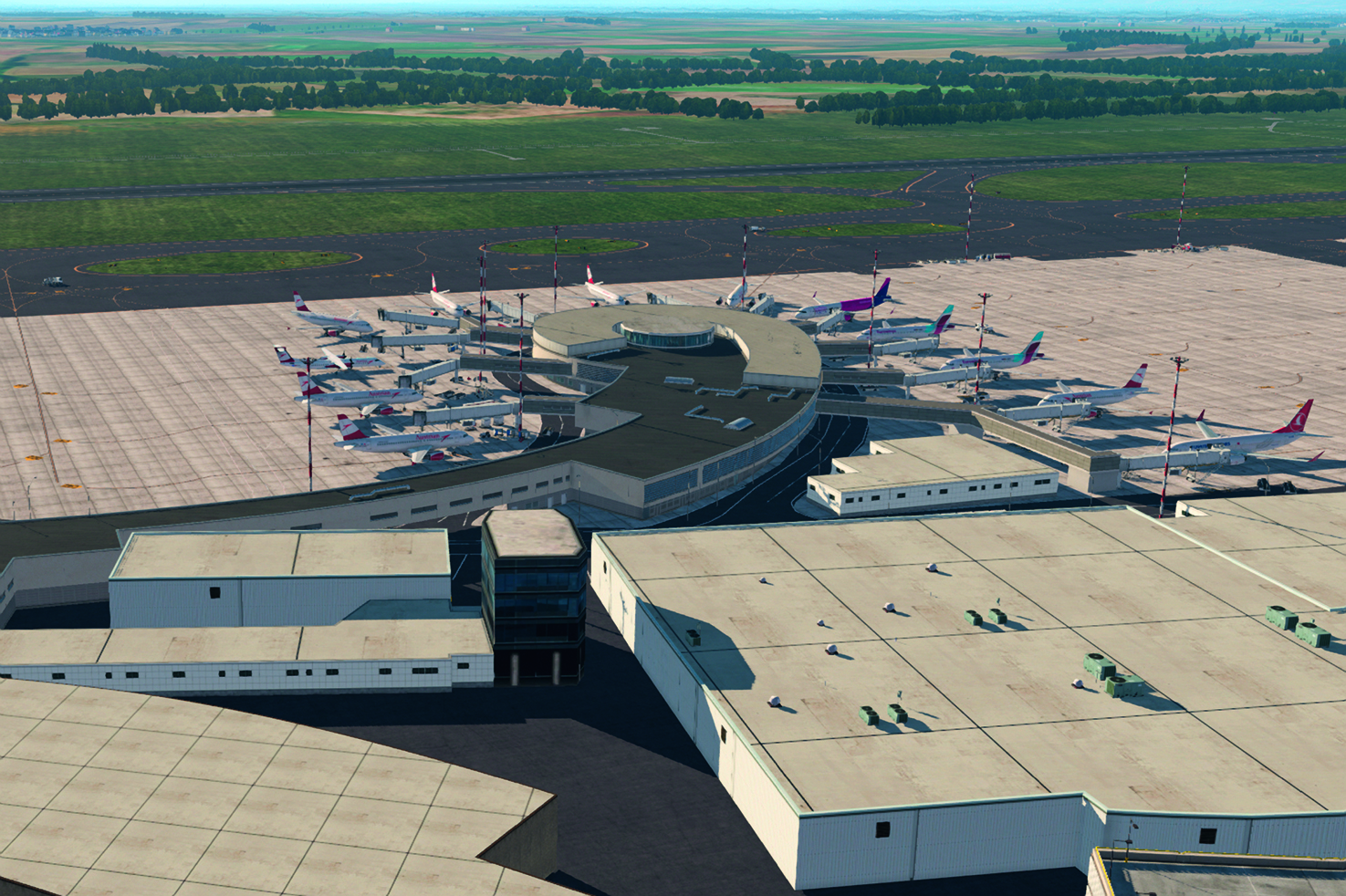 The Just Flight aircraft featured in this review is the Robin DR400, fitted with a 180hp Lycoming O-360-A air-cooled engine. It’s actually modelled on a real aircraft flown by SportAir, which is based at Goodwood Aerodrome.

If you have a Private Pilot’s Licence or are taking flying lessons, then the chances are you will have come across a Cessna 150. Renowned for its stability and docile handling characteristics, it’s easy to see why the Cessna 150 was so popular with flying schools and private owners. The Cessna 150 was offered for sale in five models: the 150, Commuter, Commuter II, Patroller and an Aerobat variant. vFlyteAir Simulations has developed an add-on to simulate the Commuter for X-Plane using a real-world C150L, N17043, built in 1972 for reference. The L variant was the longest-running 150 submodel, produced between 1971 and 1974.

Back in early 2017, Deka Ironwork Simulations started teasing a module in development for DCS World – the JF-17 Thunder. Over the ensuing two years, further development tidbits were shown that proved Deka intended to field a serious, study-level module for DCS World and enthusiasm for the project rippled outward. In early December 2019, Deka released the JF-17 into Early Access and though the module wasn’t ‘hyped’ to levels we’ve seen before from other developers, the JF-17 has been roundly praised for its completeness and quality even while marching under the somewhat nebulous banner of Early Access.

In this exclusive interview, we talk to the highly respected designer Gary Summons - well-known within the flight simulation community for his award-winning UK2000 series of scenery add-ons. 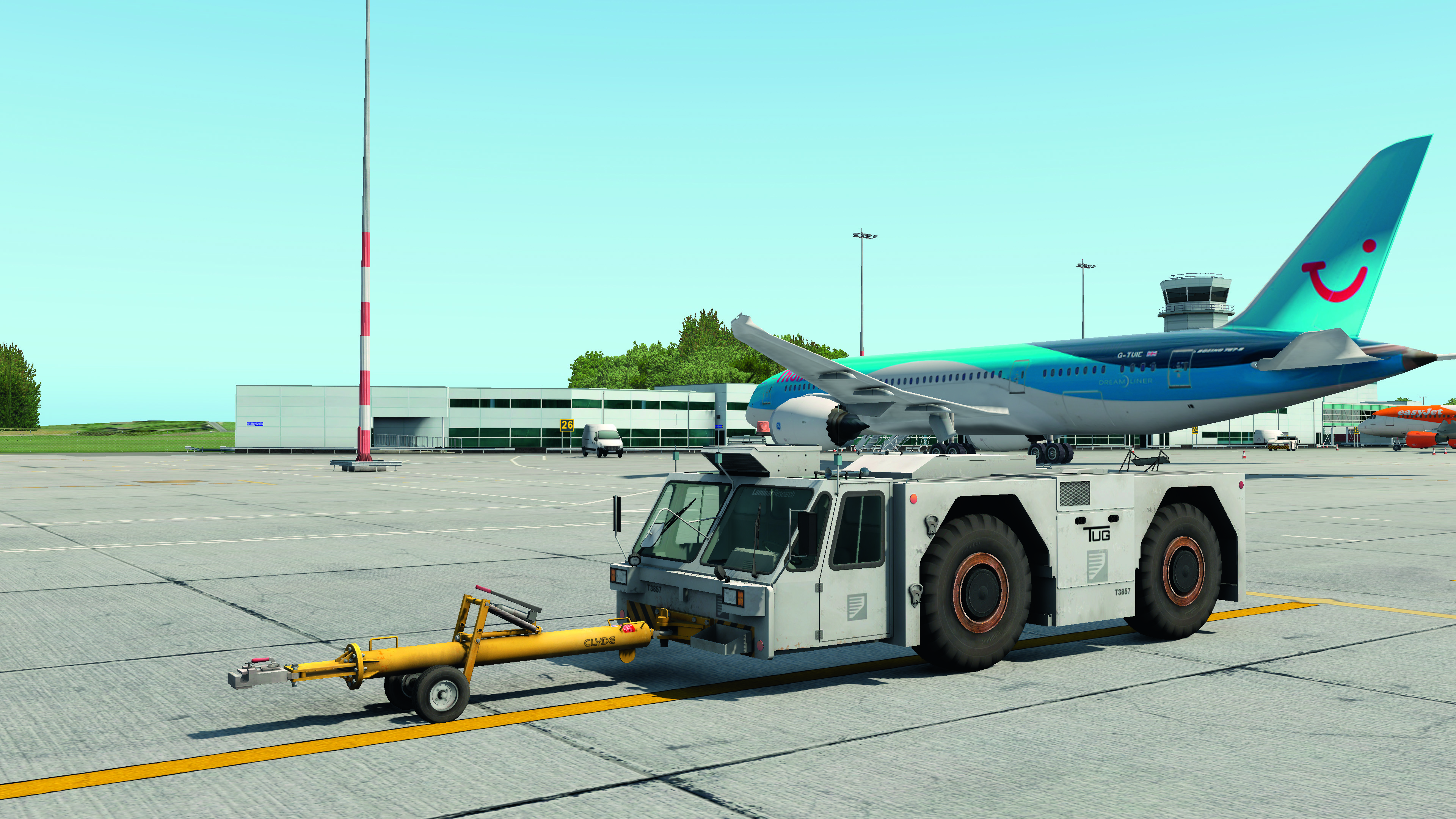 Once the intricacies of general aviation have been mastered, the natural progression for many is to move on to the flight deck environment of a modern airliner. In this two-part guide, we will look at the diverse world of airliners and the various aircraft that operate in this role. 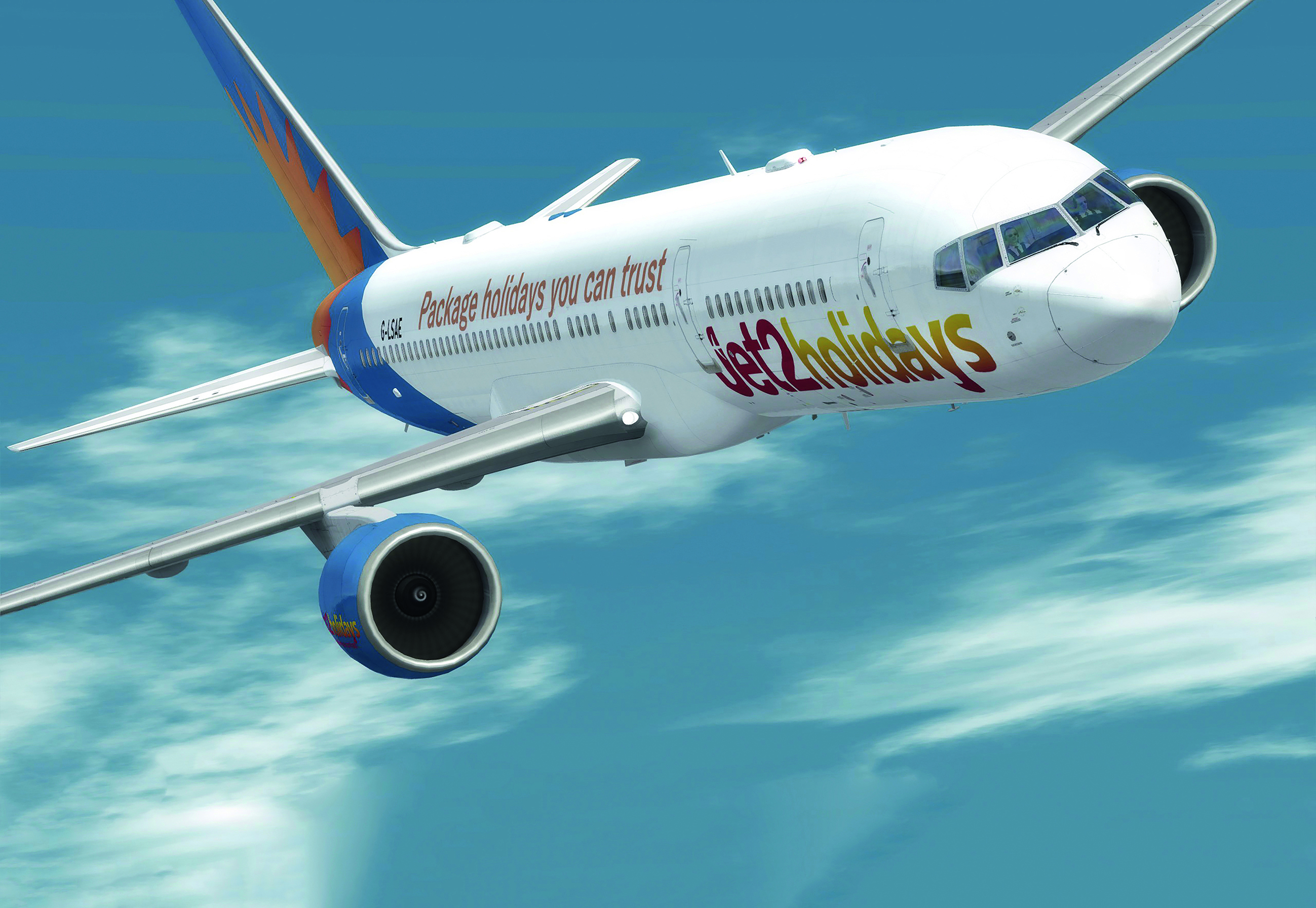 Since our previous Developer’s Diary, Asobo Studio has released a series of updates that provide us with an insight into the ongoing development of Microsoft Flight Simulator. We catch up with the latest news on the progress of the upcoming simulation platform.

Located on the southwest coast of Greenland, Nuuk contains nearly one-third of the country's population. With links to other parts of the country and beyond, the airport at Nuuk is an essential gateway to the region.

World aviation recently celebrated the 50th anniversary of the maiden flight of the Boeing 747 ‘Jumbo Jet’. To mark the occasion, we fly three special routes in this edition of our Flight Adventure, while exploring some interesting facts and figures relating to the ‘Queen of the Skies’. 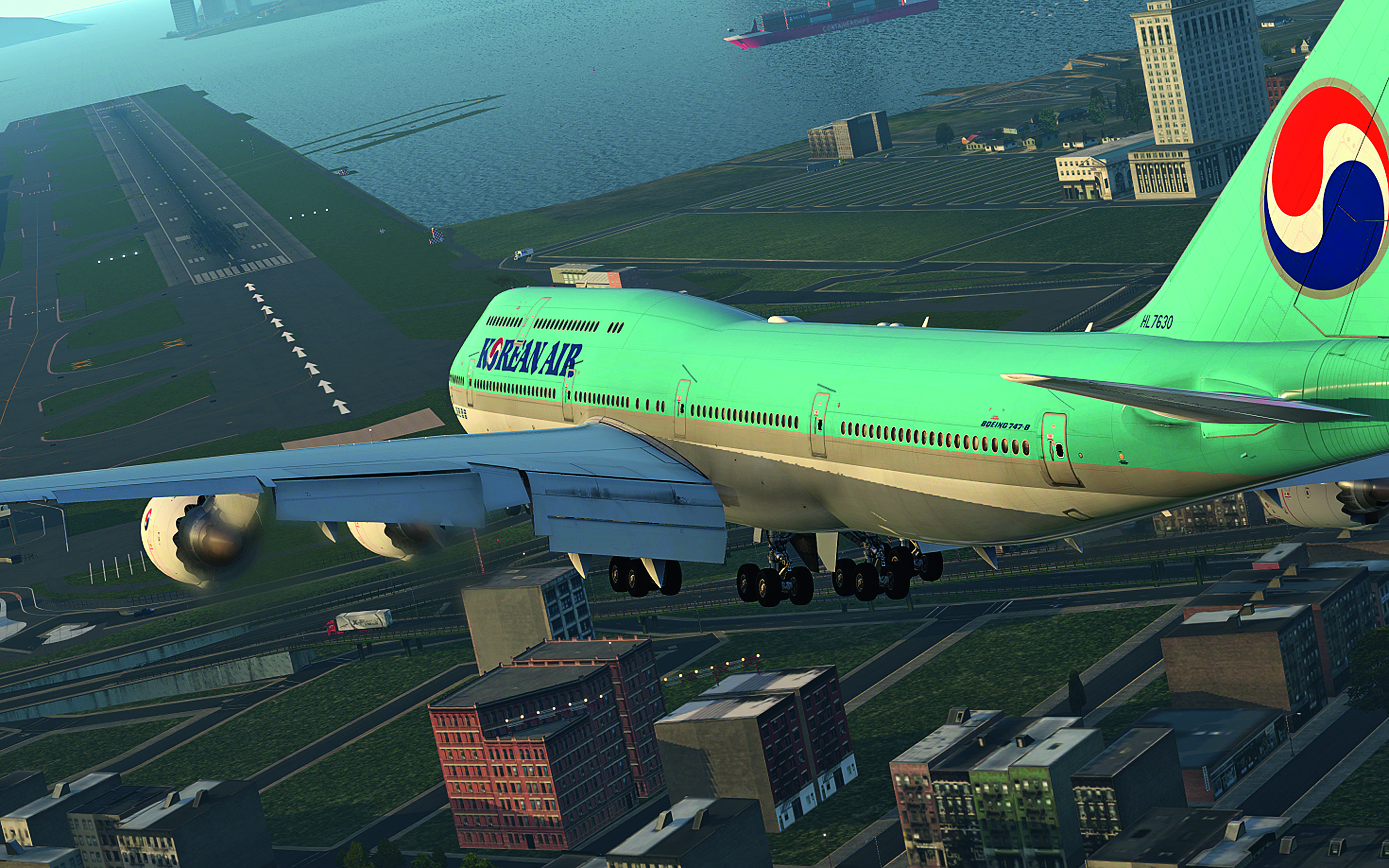 This edition of 'Combat Corner' offers advice on optimising the various features within your simulation and what to look for when choosing your combat aircraft. 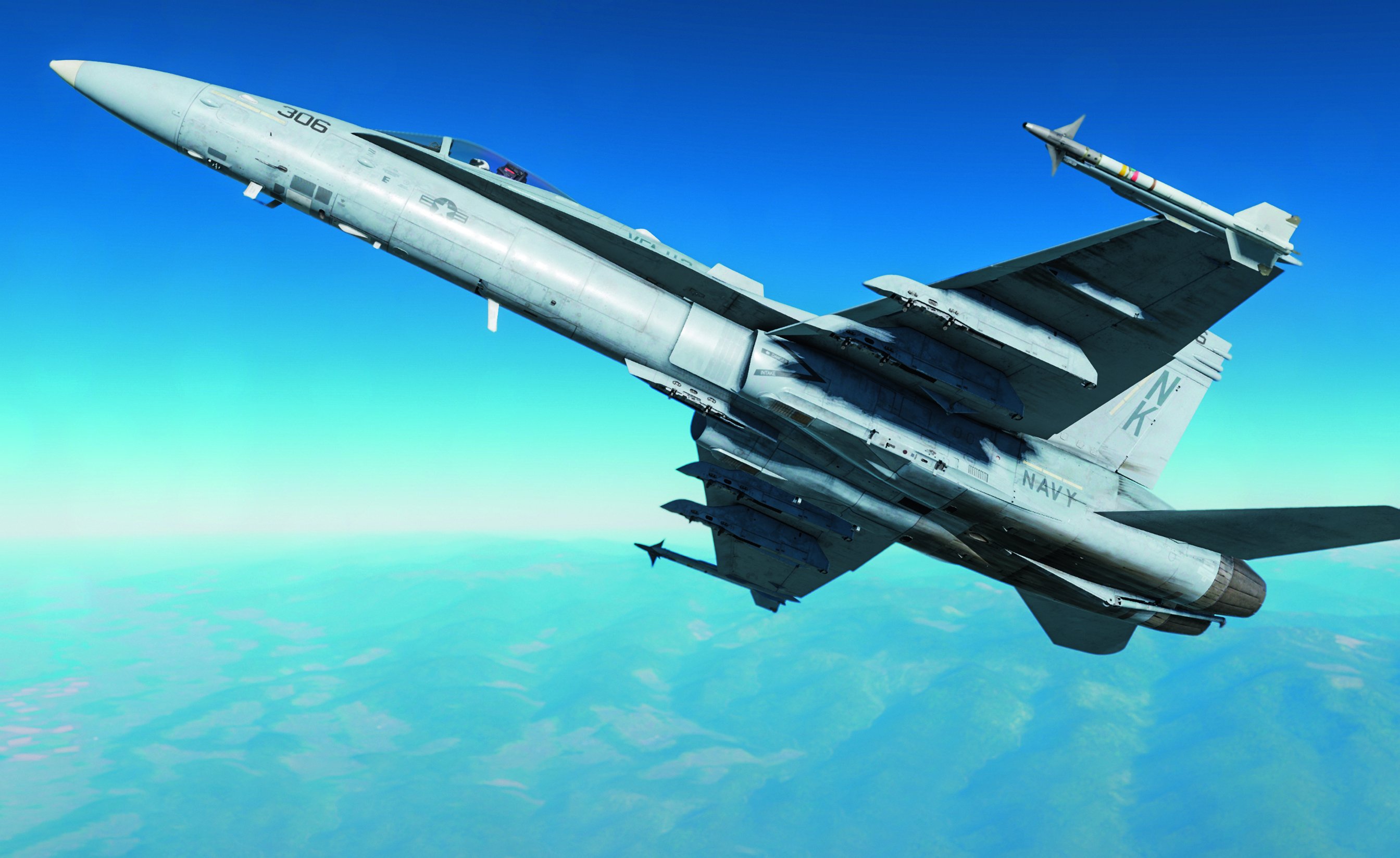 In our previous issue, we showed you how to use real-world techniques to navigate in your flight simulator. In this edition, we continue our journey across northern California and provide useful tips that will help you fly and navigate visually. 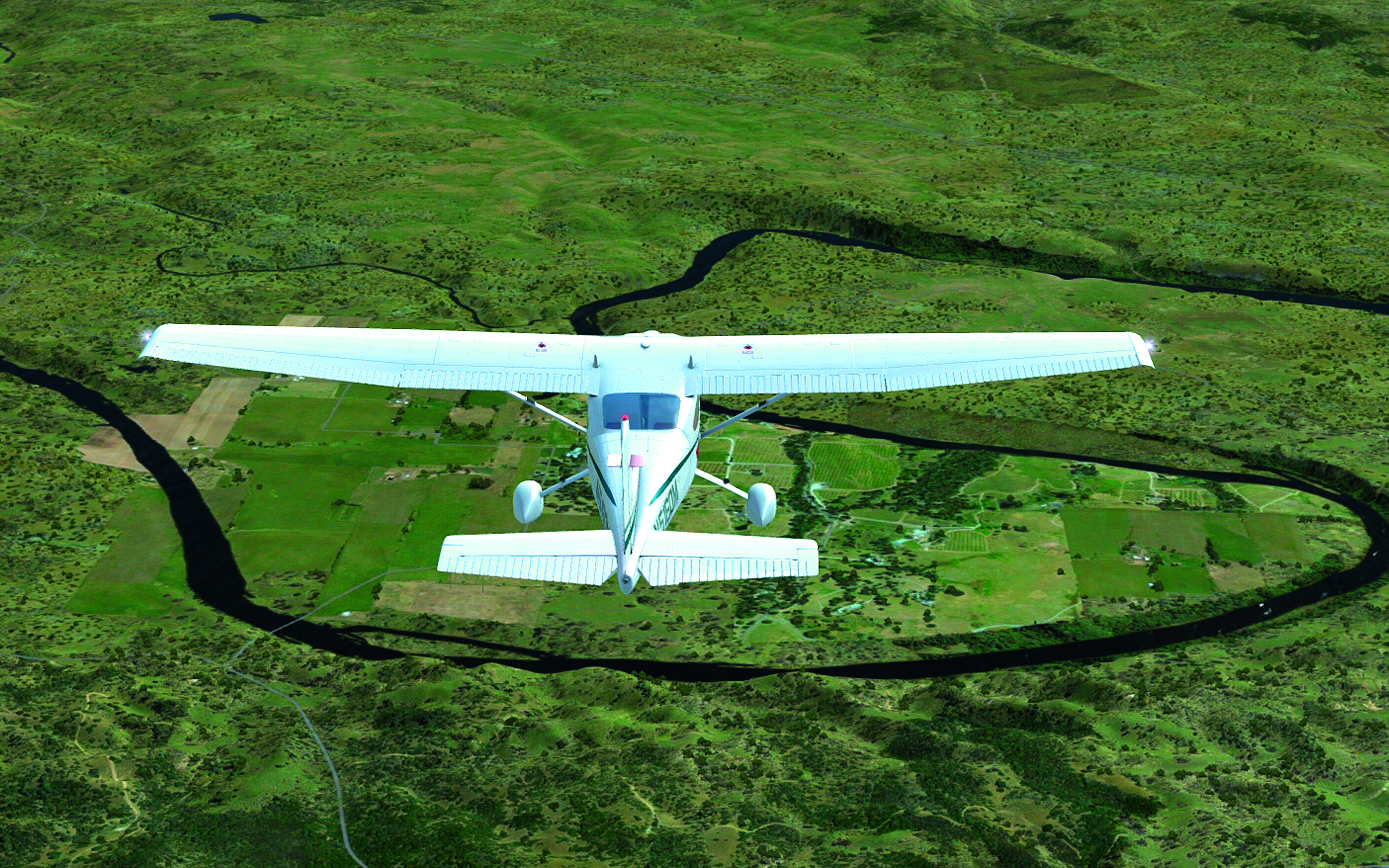 Flight Planning for Airliners - A hints and tips guide

In this hints and tips guide, we explore one of the more important aspects of airliner operations: flight planning. We also learn how to interpret a typical route and list some useful utilities for creating a realistic flight plan. 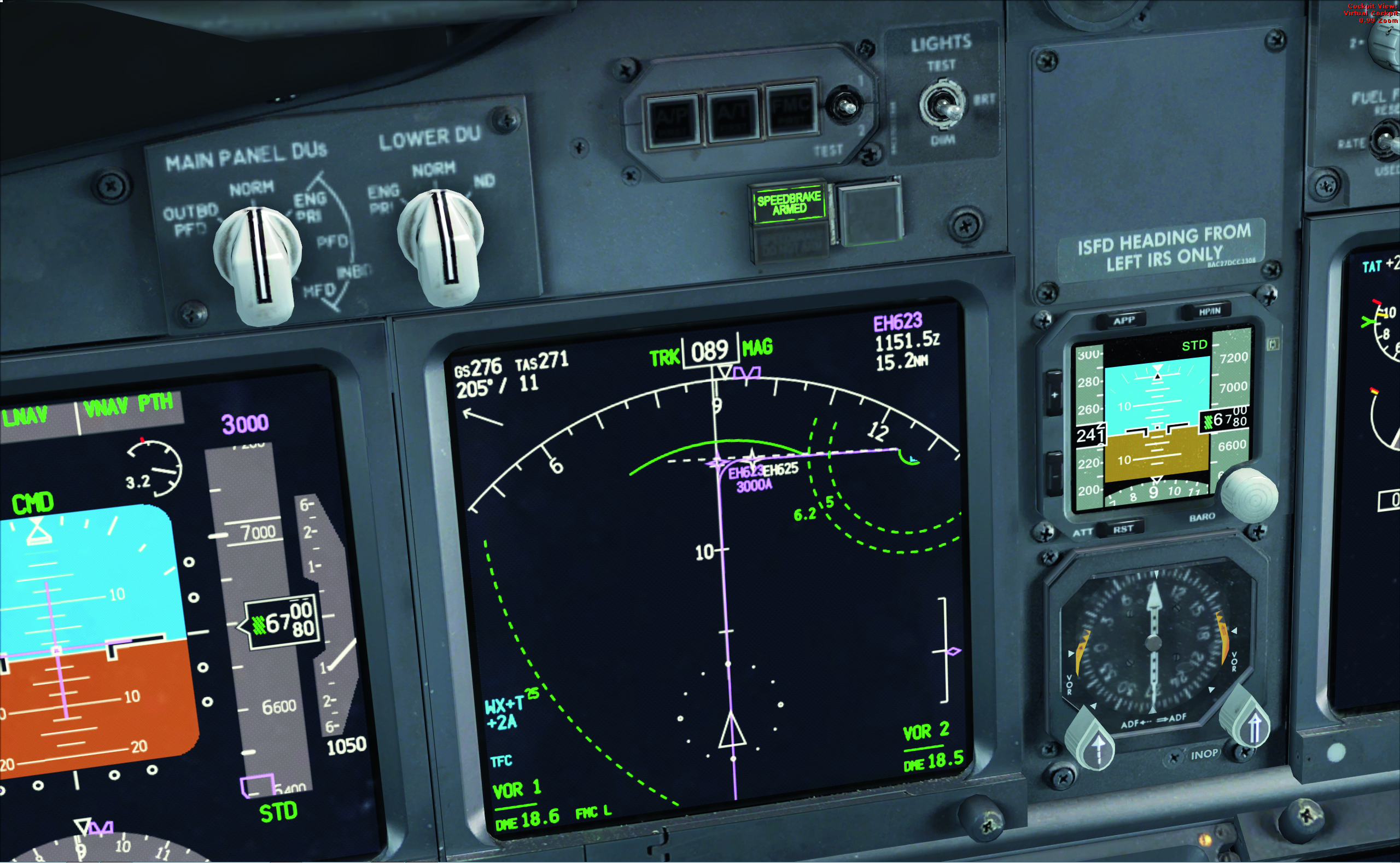 If that was not enough, this month’s online section features several videos, including Aerosoft’s A330 and CRJ professional, Just Flight’s Robin DR400, DCS: JF-17 and vFlyteAir Simulations’ Cessna 150. Finally, we also have nine freeware files comprising a mixture of airports and aircraft.