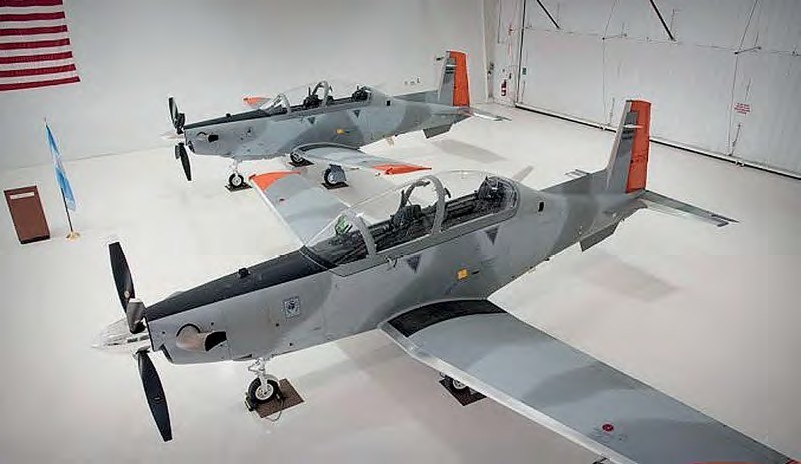 The first four of an order for Beechcraft T-6C+ Texan IIs, serial numbers E-300 to E-303, arrived at Córdoba Air Base central Argentina on October 2 where they will serve with the Escuela de Aviación Militar’s Escuadrón Texan. The Texan IIs will replace the survivors of 30 Embraer EMB312A Tucanos, delivered from 1987, which will be relegated to border patrol work when the new aircraft assume their training role. The US Defense Security Cooperation Agency announced its approval for the sale of 24 T-6C+s and associated training and support on August 3, 2016. An order valued at $88.2 million for the first four aircraft was announced by the Pentagon as a Foreign Military Sale on April 25, 2017. The T-6C+ Texan II is the latest version of Beechcraft’s PT6 turboproppowered trainer, which features six wing hardpoints – two of which are plumbed for external fuel tanks.