Thunder in the Air

The DCS: JF-17 Thunder by Deka Ironworks is now available for download on the DCS World e-Shop and Steam. 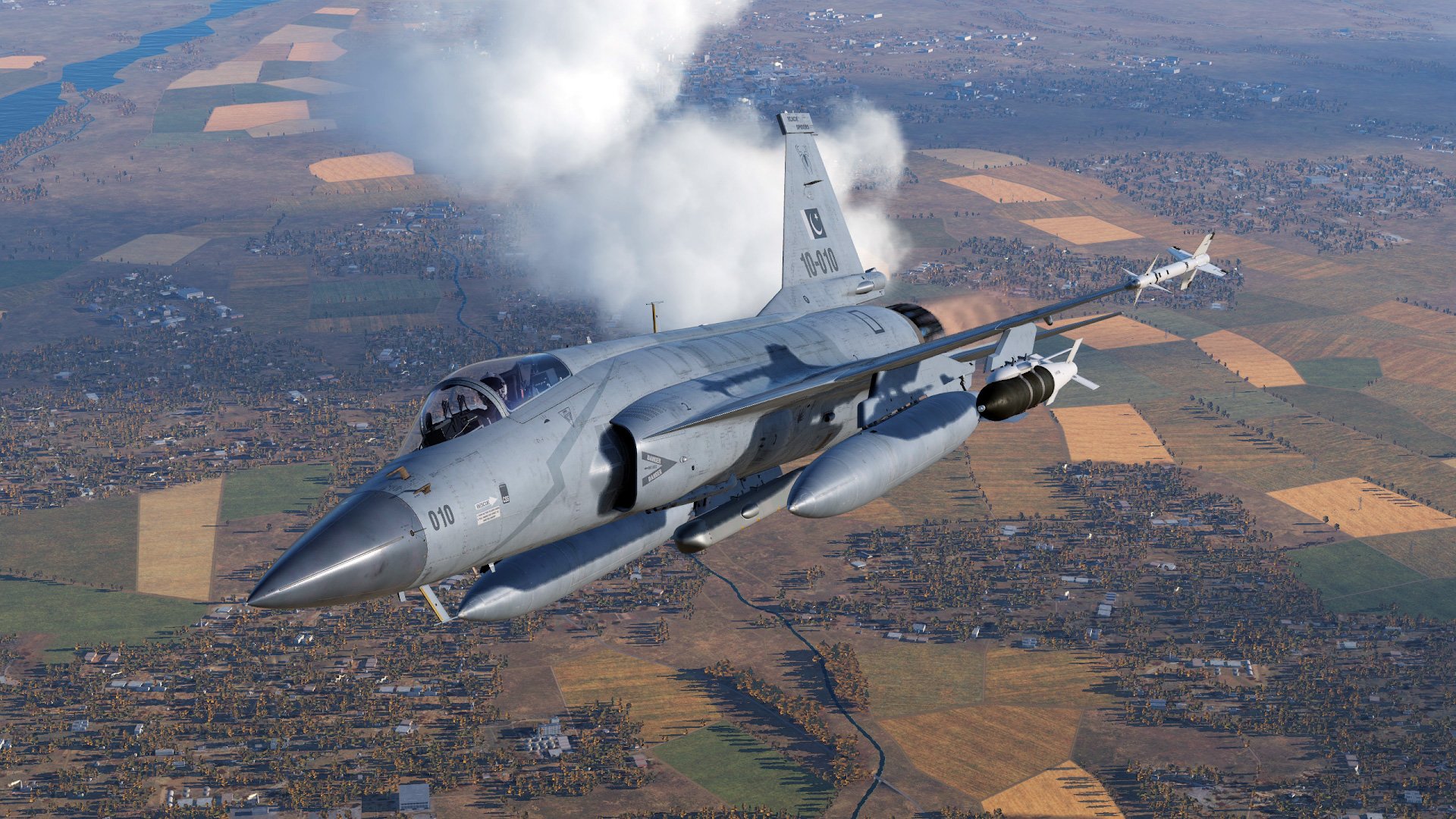 The single-engine, multirole light fighter was jointly developed by AVIC Chengdu and Pakistan Aeronautical Complex (PAC). The maiden flight was made in August 2003, with the first delivery to PAF (Pakistan Air Force) in 2007. Currently, several different blocks of the JF-17s are in service with the Pakistan and Myanmar air forces. On February 27, 2019, the aircraft was tested in actual combat and secured a significant victory by the PAF.

It features a bubble canopy for excellent visibility along with advanced avionics. A KLJ-7 radar provides good air-to-ground capability while a WMD-7 targeting pod searches for targets. Although "Thunder" is small, it is one of the most advanced fighter jets in the DCS World.

Key features of the DCS: JF-17 "Thunder" include: