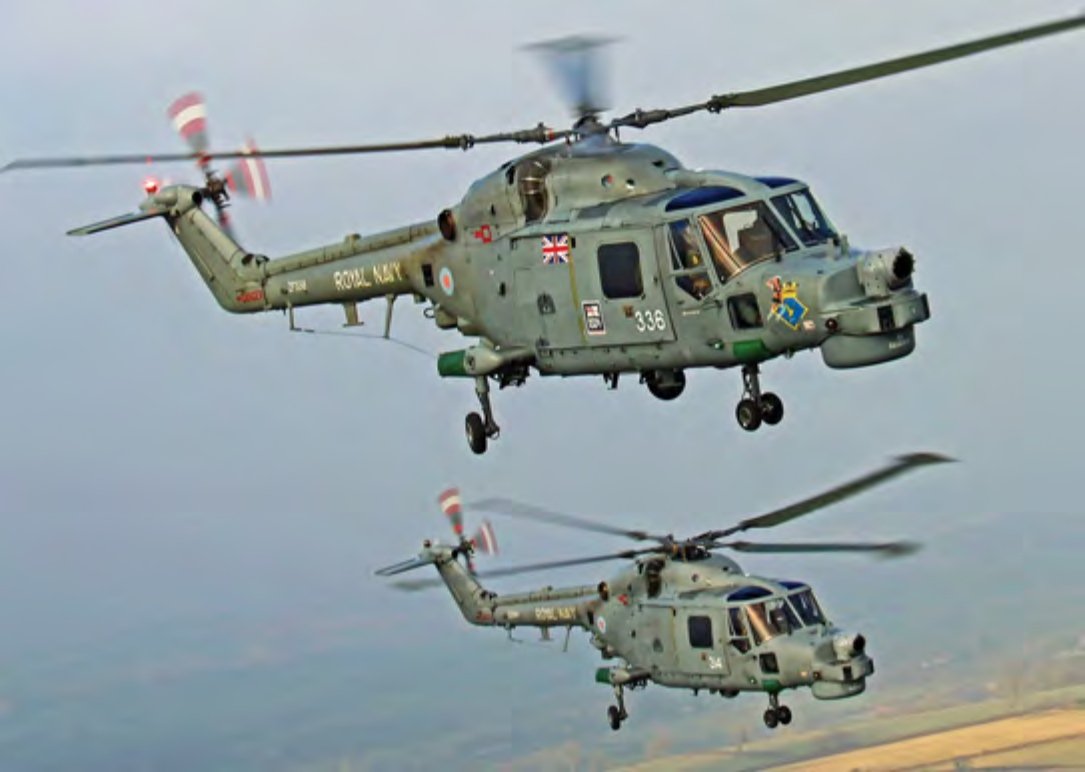 The Royal Navy’s last Westland Lynx helicopters with 815 Naval Air Squadron will be decommissioned at RNAS Yeovilton on 23 March. Entering service in September 1976, the Lynx HAS2 was initially developed by Westland for ASW ‘hunter-killer’ duties operating from RN destroyers and frigates. Over the past 40 years the type has served with four squadrons and 45 flights on a total of 137 ships. For the past 20 years, 815 NAS has been primarily involved in maritime security and counterterrorism/ piracy/narcotics operations around the world.

The run-down of the Lynx HMA8 fleet and its replacement by the Leonardo Wildcat HMA2 gathered pace in April 2016. The retired helicopters are sent to Middle Wallop where they are stripped of components to maintain the last of the Army Lynx in service and for items that are common to the Wildcat.

It is expected that Lynx XZ691, which attacked the Argentine Coast Guard vessel Rio Iguazú with Sea Skua missiles on 13 June 1982, will be preserved by the Fleet Air Arm Museum at Yeovilton.