As Donald Trump prepares to give up his personal Boeing 757 for the bigger aircraft that comes with his next job, perhaps it is time to take a closer look at his new company vehicle and its past history. It is of course best known as ‘Air Force One’, but, strictly speaking, one of the most famous aeroplanes in the world is not an aircraft at all. ‘Air Force One’ is merely a radio callsign, applied to any USAF aeroplane upon which the President of the United States is travelling.

Today ‘Air Force One’ is usually associated with the current Presidential transports, two VC-25s, a military designation for Boeing 747-200 airliners specifically configured for the role. They follow a line established more than seven decades ago. In 1945, Franklin D. Roosevelt travelled to meet Churchill and Stalin at the Yalta conference in a Douglas C-54 Skymaster which was modified with a sleeping area, radio telephone and a retractable elevator to discreetly lift Roosevelt in his wheelchair.

That aircraft was rather ingloriously nicknamed the ‘Sacred Cow’. Subsequent Presidential transports were given rather more dignified titles by their incumbents. Roosevelt’s successor Harry Truman named his aircraft Independence after his home town in Missouri. When Dwight D. Eisenhower introduced the last propeller aircraft, the Lockheed VC-121A Constellation, into Presidential service his two successive machines were named Columbine I and Columbine II after the state flower of First Lady Mamie Eisenhower’s home state, Colorado.

It was 48-610 Columbine II that made aviation history. In December 1953, with Eisenhower on board, it was on a flight over Richmond, Virginia. Identified by air traffic controllers simply as ‘Air Force 8610’, an overworked controller confused that with a similar airliner flight number, 8610, and the two aircraft were given clearance to enter the same airspace. Thankfully a mid-air collision was avoided, but the unique ‘Air Force One’ callsign was created to ensure that such a mistake could never happen again.

Columbine II had other special features including additional soundproofing and communications equipment, marble flooring in the Presidential area and a mahogany desk where Eisenhower wrote his famous ‘Atoms for Peace’ speech that he gave to the United Nations General Assembly in 1953. The President used the aircraft extensively, including flying to Korea to meet troops stationed there, but the VC-121 was relegated to secondary duties when, in 1962, the Kennedy administration entered the jet age with the purchase of two VC-137 Stratoliners, modified long-range Boeing 707s.

As recounted by Tony Harmsworth in our June 2016 issue, Columbine II, though, proved a remarkable survivor. It was retired to Davis-Monthan Air Force Base for storage during the late 1960s and was later sold to Mel Christler, a Wyoming businessman who owned a crop-dusting and fire-bombing business, using old military aircraft and airliners to drop fire-suppressing chemicals on wildfires. The ‘Connie’ was originally earmarked as a source of spare parts, but then the Smithsonian Institution contacted Christler and told him of its history.

The aircraft was partially restored during the 1980s and flew at a number of airshows, but the cost of maintaining it proved beyond Christler’s means. In 1990 the VC-121 was flown to Marana Airport, Arizona, where it languished for more than a decade, awaiting sale. A quarter of a century later the aircraft was acquired by Dynamic Aviation, a specialist aviation business working in areas such as pest control and airborne fire control. After a year of work in the blistering heat of the Arizona desert, Dynamic Aviation’s engineers returned Columbine II to a ‘ferryable’ condition, which late last year allowed it to be flown to their headquarters in Virginia for further restoration. It is set to open a new page in the history of this unique aeroplane — a volume that is clearly a long way from being closed just yet. 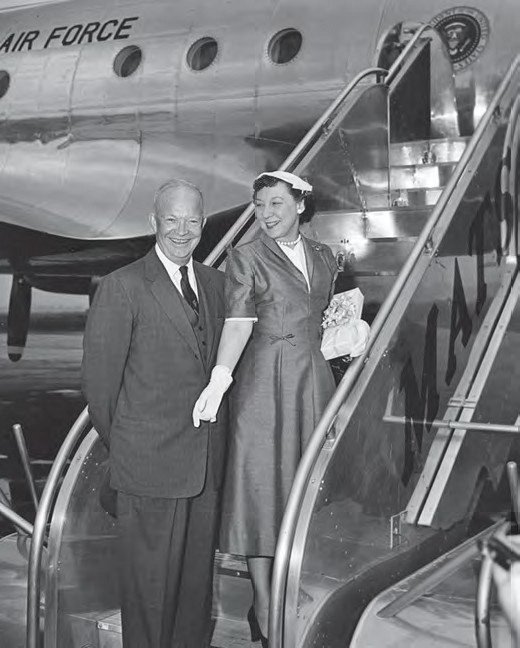 Lt Cdr John (‘Jock’) Moffat, pilot of the Fleet Air Arm Fairey Swordfish whose torpedo was credited with crippling the German battleship Bismarck in May 1941, died in Perthshire on 11 December at the age of 97.

Born in Kelso during 1919, Moffat served in HMS Ark Royal, HMS Argus, HMS Furious and HMS Formidable. In his 60s he took up private flying, and was an active member of the Scottish Aero Club into his 90s. A staunch supporter of the Fly Navy Heritage Trust, during the spring of 2016 Jock marked the 75th anniversary of the sinking of the Bismarck by raising nearly £15,000 to help keep the Royal Navy Historic Flight Swordfish flying. 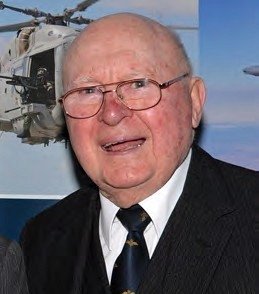 The substantial remains of an Italian Air Force P-51D Mustang were recovered from a depth of 200ft at Lake Garda in northern Italy on 2 December. The fighter had crashed into the lake on 7 August 1951 after suffering engine problems. The parts are destined to go on display at the Volandia Park and Museum of Flight near Milan Malpensa Airport.

Commonwealth Aircraft Corporation CA-18 Mustang A68-199 made its first flight in nearly 38 years at Tyabb, Victoria on 15 December. The former Royal Australian Air Force fighter, now registered VH-URZ, arrived at Tyabb for restoration in December 2002, and was acquired by current owner Peter Gill during 2012.